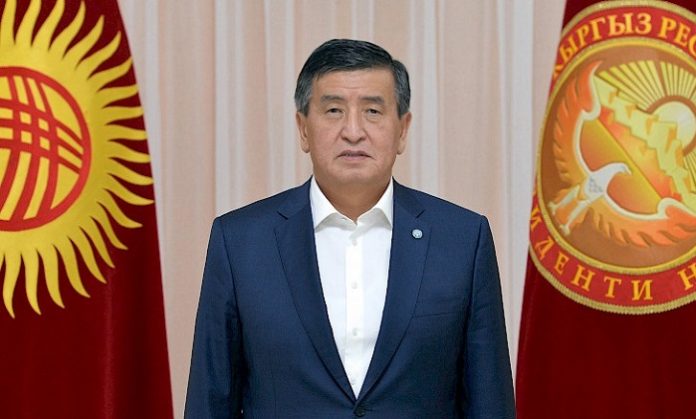 Bishkek (UNA-OIC) – President of Kyrgyzstan Sooronbay Jeenbekov announced his resignation on Thursday after days of unrest following a disputed election, stressing that he doesn’t want to go down in Kyrgyzstan’s history as the president who spilled blood and shot his own citizens.

In his address to the Kyrgyz people, Jeenbekov said the social and political situation in the capital Bishkek remains tense. He urged Prime Minister Sadyr Zhaparov and other politicians to take their supporters out of the capital and restore peaceful life to Bishkek residents.

Following the parliamentary polls in Kyrgyzstan on 4 October, some political parties organized protests on Monday demanding the annulment of the election results. Clashes between police and protesters have left one man dead and more than 1,000 people injured.