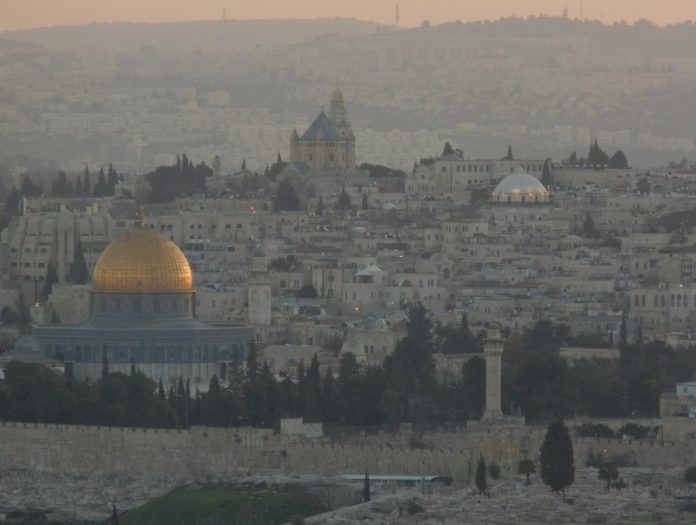 Good things and bad things happen daily here. Daily we get to meet great visitors and work with great volunteers and staff that are making amazing progress on the Palestine Museum of Natural History and the botanical garden.  We received good news on some grants and submitted several others just in the past two weeks and got three more research papers submitted and two more accepted. But politics keeps sending us bad news. Tribalism and nationalism are rearing their ugly heads and people suffer.

The people of the world are waking up despite the fact that most mainstream media is now “managed” to give that Zionist message of danger from Iran, Hizballah etc while ignoring war crimes and crimes against humanity being perpetuated daily by Israel and its puppets like Mohammad Bin Salman. What media is not managed, is blocked in most of the Arab world run by those dictators. The mainstream media is complicit in ensuring people are not aware of what is going on. Imagine if a Muslim sniper shot an American or a Jewish double amputee who lost his legs to another Muslim attack years earlier? How would the media have reacted. How would the media react if a dictator who is not friendly to the US was doing what he and his senile father were doing now. They just arrested the rich guys in their country and even visiting rich guys from other countries (like Hariri from Lebanon and Sabeeh Amasri from Jordan) and are stripping them of their wealth! They are beheading any opposition.

On good news, the growing mass movement exposing Israeli apartheid continues to grow and the Zionists are feeling frustrated that despite increased spending on propaganda by 20 fold over 15 years, the anti-Zionist movement continues to grow. Instead of admitting they need to start to respect human rights, Zionists debate doing more propaganda/hasbara. See this must-read report on the analysis by Zionists of their own movement lobbies-failures.

Trump’s illegal move on Jerusalem is backfiring. It exposed all the puppets paying the Zionist movement and bending over backward to please Zionist-occupied Washington.It is forcing those who were close to selling it all to begin to back-track.  It also exposed what Trump called the deal of the century: profiting rich dictators and sacrificing tens of millions of Palestinians, Egyptians, Yemenis, Hijazis (I refuse to use the term derived from “Saudi Arabia”) and other Arabs. To be precise the plan is sacrificing the interests of 350 million Arabs and 1.6 billion Muslims for the short-term interests sake of a handful of billionaire Zionists and the Jews who foolishly follow them to the edge of the cliff. Short term, the Trump plan is to consolidate Israel’s control over Jerusalem and the rest of the occupied West Bank, settle refugees in Jordan and Sinai and strengthen Israel’s hand. The resistance forces stretching from Lebanon to Iran and Yemen must be weakened to pass this horrible scheme. That is why these resistance forces had to be defeated especially now that Iran, Syria, Lebanon and Iraq won over the US/Israel created and funded “Islamist” militias including the so-called “Islamic State”. Yet, the colonial idea of divide and conquer is falling apart as resistance is coming from Shi’a and Sunnis and Christians and Kurds and Druse and Yezidis and many others.

Trump made his biggest plunder by his Jerusalem announcement. The Sunni and Shia leaders who gathered in Istanbul included heavyweights like Turkish leader Erdogan and Iranian leader Rouhani. Despite heavy pressure and blackmail from the “Saudi” puppets, Mahmoud Abbas and King Hussain also attended. Much will now happen but Trump and his Zionist son-in-law have only a few more cards they think they can play (but they will be equally catastrophic blunders). Conflict and suffering will ensue but there are no winners in 21st-century wars. Spoiled teenage Israel might be the biggest loser of the Zionist gamble. They and their sponsors like Trump think they can manage to continue to exploit and go against the will of the majority of the 1.6 billion Muslims and 2.5 billion Christians (and some 3 million anti-Zionist and post-Zionist Jews). Sorry folks: Jerusalem will not be a “Jewish capital” and not even a capital of apartheid Israel. But the price of arrogance can be high.

Whenever I think the “Israeli army” had sunk to the lowest level, they surprise me more. For an Israeli nipper to assassinate a double amputee in his wheelchair is beyond sick (the civilian Ibrahim Abutharya had lost his legs to a previous Zionist attack on Gaza). In another case, a child who was jailed at 13 for 3 months for demonstrating was hit in the head and is in critical condition (Moh’d Tamimi of Nebi Saleh is now 15 and fighting for his life). See also “The unknown Hell-of-Palestinian-Refugees“.

An anti-tank guided weapon made in Europe and sold to the United States ended up in the hands of Daesh in Iraq within just two months, the Conflict Armament Research (CAR) group said in a newly-published report. The acquisition of an anti-tank weapon by Daesh exposes the fact the CIA knowingly took great risks to arm extremists in a desperate bid to oust Syrian President Bashar Assad.

As for most of us in occupied Palestine, we continue to resist in many, many forms. See my book on “Popular Resistance in Palestine: A history of Hope and Empowerment“.