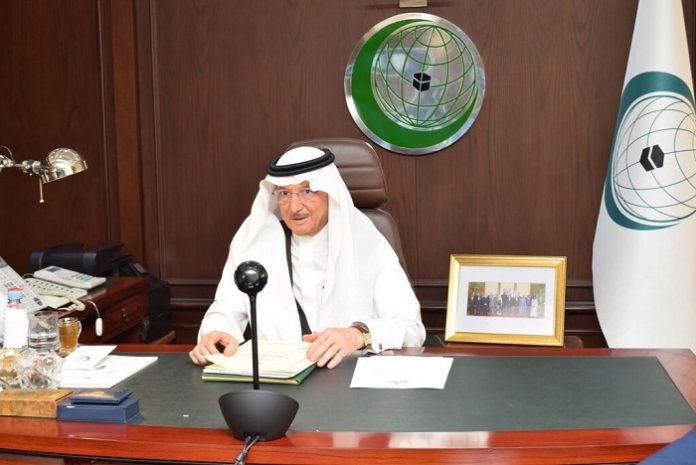 Jeddah (UNA-OIC) – Secretary-General of the Organization of Islamic Cooperation (OIC) Dr. Yousef bin Ahmed Al-Othaimeen affirmed that the General Secretariat is looking forward to the launch of the OIC Women Development Organization (WDO) to be a qualitative breakthrough that fulfills the aspirations of all women in the member states, regardless of their conditions.

This came in a statement delivered on behalf of Al-Othaimeen by Assistant Secretary-General for Humanitarian, Cultural and Social Affairs Ambassador Tarig Ali Bakhit, at the Extraordinary Meeting of the WDO Ministerial Council, held virtually on Wednesday.

The Secretary-General stated that the WDO launch will lead to the adoption of a positive approach and to more effective efforts being exerted in addressing women’s issues and advancing their interests and aspirations. He said that the agenda of the meeting is very important for the start of the work of WDO, on which the OIC relies to contribute to the empowerment of women and the promotion of their role in the development process of the member states.

Al-Othaimeen expressed sincere thanks and gratitude to the people and government of Egypt for convening the meeting and for the efforts exerted and arrangements made to prepare for the meeting and ensure its success. He also thanked the government of Burkina Faso for its efforts in following up on resolutions of the 7th Ministerial Conference on the Role of Women in Development.

For her part, Dr. Maya Morsi, chairperson of the current session of the WDO Ministerial Council and president of Egypt’s National Council for Women, underscored the need for member states to provide support to WDO to sustain its work. She also wished the meeting success in adopting the documents required to kick off WDO’s work.