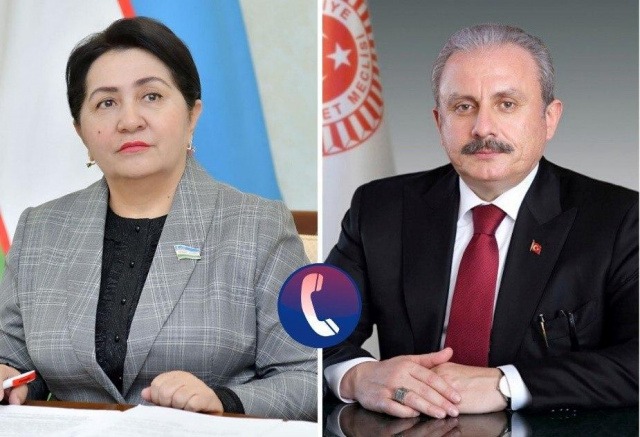 The parties exchanged warm greetings on the occasion of the holiday of joy and thanksgiving, generosity and good deeds – Eid al-Adha.

Speaker of the Grand National Assembly of Turkey Mustafa Şentop, wishing Uzbekistan a speedy victory over the coronavirus infection, noted Turkey’s readiness to assist Uzbekistan in this matter.

The parties noted that inter-parliamentary cooperation, like other spheres, is rising to a new level, thanks to regular dialogues and establishment of new high-level relations under the leadership of the presidents of the two countries, which places great responsibility on parliamentarians.

It was emphasized that the signed Memorandum of Cooperation between the parliaments of the two countries creates a legal basis for development of mutual relations and at the same time requires the adoption of practical measures. Our parliaments, within the limits of their powers, should also make their worthy contribution to the implementation of the agreements reached following the first meeting of Uzbekistan – Turkey Council for Strategic Cooperation of the highest level, which for the first time in history was held in a high format under the leadership of the heads of two states during the visit of the President of Uzbekistan to Turkey in February 2020.

The importance of exchange of views between friendship groups on inter-parliamentary cooperation, further development of relations between the Institute of Problems of Legislation and Parliamentary Studies under the Oliy Majlis and the Research Center of the Grand National Assembly of Turkey was emphasized.