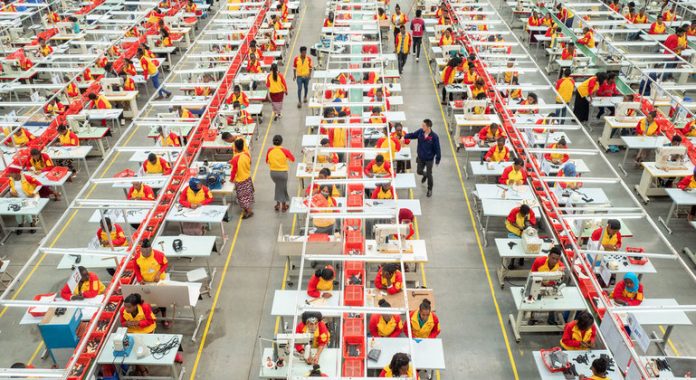 When I travelled to China to take up my post, I entered via Guangzhou, on a flight from Dubai. I was reminded of a book I had read about China, written by Henry Kissinger in the 1980s, which mentioned Guangzhou, then an underdeveloped provincial capital city.

But after arriving in Guangzhou this time, I wondered if we had been diverted back to Dubai, because today the city is spectacular in both architecture and infrastructure. This reflects China’s remarkable development, which has lifted 800 million people out of extreme poverty in recent decades, a story with great significance to other developing countries in the world, including those in Africa.

In the fields of manufacturing, its open market and agricultural sector, China’s experience is worth learning from. For example, 40 per cent of Africa’s agricultural harvest is wasted every year. Africa should be the bread basket of the world, but it imports nearly 60-70 billion dollars worth of food.

Perhaps Africa, which has missed the second and third industrial revolutions, can directly enter the fourth industrial revolution. As the United Nations country team in China, we should cooperate with the government to help them share China’s successful experience with African countries.

A woman sells fresh produce at her market stall in Beijing, China.

Working with a major global partner

In many fields, China has shown that it can play an important role as an international partner, joining hands with other countries to meet global challenges. I believe that when we work together, we can create an ecosystem that provides help, well-being and education for all, on a global scale.

Trust between the resident coordinator and their counterpart, and between the UN and the government counterpart, is very important. No country in the world can claim that it does not have human rights problems. Everywhere, there is room for improvement in human rights. Sustainable development goals give us dreams and directions. The principle is to ensure that we don’t leave anyone behind, and this is exactly the direction that I intend to follow, side by side with the UN country team in China.

I am Indian and, even though Sino-Indian relations are experiencing some difficulties at present, China had no objection to the UN sending a staff member from India to serve as Resident Coordinator in China.

This reflects the maturity and spirit of a country with  5,000 years of civilization. It also shows China’s firm belief in multilateralism. I am not treated differently because of my nationality. Rather, people treat me as an international civil servant working in the UN.

Every day I am here, I am inspired by what I see around me, what China has achieved, and can achieve as a country. I hope that when I start this journey as the UN Resident Coordinator, as we make progress, the Chinese government can say that this is a United Nations that fulfils its mission, and lives up to the expectations of the Secretary-General.”