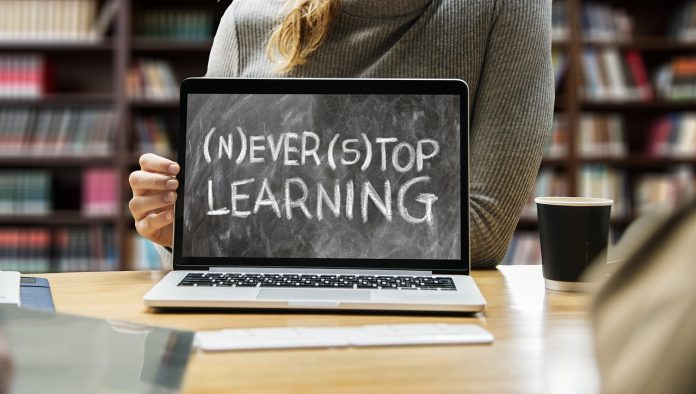 A man came to Libnani, a Sufi teacher, and this interchange took place:

Merriam-Webster defines learning as: the act or experience of one that learns; knowledge or skill acquired by instruction or study; modification of a behavioral tendency by experience.

Learning is either experienced or acquired by instruction or study. It is the process of acquiring or delivering information.

Learning starts with an inquiry, as so succinctly stated by Ali ibn Abi Talib (RA) who nearly 14 centuries ago said, ‘He who asks learns.’ Umar ibn Khattab (RA) said, “Half of one’s learning lies in his asking questions.” [See this authors book: Wisdom of Mankind, available in the Amazon.com for many such quotations.]

Thus, learning is a choice that one has to make to be knowledgeable.

What is knowledge? Merriam-Webster defines it as facts, information, and skills acquired by a person through experience or education; the theoretical or practical understanding of a subject; awareness or familiarity gained by experience of a fact or situation.

Knowledge involves understanding, comprehension, and mastery. It is about acquiring, sustaining, growing, sharing, and applying information to achieve a goal and make an impact.

In the Islamic context, the term used for knowledge in Arabic is ‘ilm that has a much wider connotation than its synonyms in English and other Western languages. ‘Ilm is an all-embracing term covering theory, action and education;  ‘ilm is also gnosis or ma’rifah. Ma’rifah is ultimate knowledge and it springs from the knowledge of the self (e.g., consider the Prophetic hadith: Man ‘arafa nafsahu fa qad ‘arafa Rabbbahu, ‘He who knows himself knows his Lord’). This process also includes knowledge of the phenomenal world. Therefore, wisdom and knowledge which are regarded as two different things in the non–Muslim world are one and the same in the Islamic perspective.

The sources of ‘ilm are the reason (‘aql) and revelation (or mystical experience). Revelation gives one the self-knowledge needed to use reason or ‘aql correctly. Similarly, reason can help to support revelation.

The Islamic revelation started with the word iqra’ (meaning: ‘read!’ or ‘recite!’).

According to the Qur’an, the first teaching class for Adam (AS), the first man, started soon after his creation and Adam (AS) was taught ‘all the Names’.

Allah is the first teacher and the absolute guide of humanity. This knowledge was not imparted even to the Angels, and thus, setting the stage for entrusting a man with God’s viceregency on earth (Qur’an 2:30).

As Allah’s vicegerent, man must accept higher responsibility and deliver the trust (amanah). As keeper of that Divine amanah, man’s final goal is to become on the one hand the master of the universe as Allah’s vicegerent on earth, and on the other hand to recognize that he was created solely for the purpose of serving Allah. Worship (‘ibadat) in Islam is, therefore, not confined to man’s fulfilling the rights of Allah (Huququllah), but also includes those of his fellow human beings (himself included), other creatures, and nature or environment (Huququl ‘ibad).  Serving or helping those in destitute, fighting for the rights of the oppressed is equivalent to serving Allah. Yes, even the protection of the environment is an Islamic obligation due upon society.  Complete contentment, complete satisfaction and complete peace of mind are byproducts of how effectively one was able to fulfill that divine mission for which he was created.

The best knowledge is that there is no God but Allah. He has no equals, no partners. He is besought of all; He neither begets nor is He begotten; there is nothing comparable to Him.

In Islamic society, the importance of learning has been stressed to the extent that Muslims are urged to learn from the cradle to the grave. This implies that ‘ilm, attainment of which is obligatory upon all Muslims covers the sciences of theology, philosophy, law, ethics, politics and the wisdom imparted to the community by the Prophet (S).

Consider below some of the statements from the Islamic luminaries:

Muhammad (S), the Prophet of Islam, said, “Knowledge is a treasure house whose keys are queries.” — [Mishkat]

He (S) also said, “The best treasure is the pursuit of knowledge.”

Similarly, Ali (RA) said, “Make haste in acquiring knowledge and wisdom before it becomes difficult for you to reach the source of learning before your indulgence in vicious pleasures and carnal desires do not allow you to reach these fountain heads.” — [Nahjul Balagha]

He (RA) also said, “No exaltation or grandeur is superior to learning and knowledge.” —[Nahjul Balagha]

Mu’adh ibn Jabal (RA), one of the close companions of the Prophet (S), said, “Acquire knowledge for the pleasure of Allah, for learning engenders piety, reverence for one’s Lord and fear of wrongdoing.  Seeking knowledge for Allah’s pleasure is an act of worship, studying it is a celebration of God’s glory (lit. Zikr), searching for it is a rewarding struggle (lit. Jihad), teaching it to someone who realizes its worth is a charity (lit. Sadaqa), and applying it in one’s home strengthens family unity and kinship.  Knowledge indeed helps the believer to discern between the lawful (lit. halal) and the unlawful (lit. haram). It is the guiding light for the seekers on the path of Allah and the future dwellers of the heavenly paradise. Knowledge is a comforting friend in times of loneliness. It is the best companion to a traveler. It is the innermost friend who speaks to you in your privacy. Knowledge is your most effective sword against your foe, and finally, it is your most dignifying raiment in the company of your close comrades.” — [Hilyat’ul Awliya Wa Tabaqat’ul Asfiya]

“Feeding the soul with learning is the work of the intelligent.” — [Bahr al-Fava’id]

Imam al-Ghazzali (R) said, “Devote yourself to learning ‘Ilm (which is helpful for Hereafter).”

As to the importance of seeking knowledge that is beneficial, here below are some statements that are worth pondering about:

Muhammad (S), the Prophet of Islam, said, “When the son of Adam dies, all his deeds come to an end except three: knowledge which is beneficial to others, a virtuous child who prays for him, and an ongoing charity which he leaves behind.” — [Muslim]

He (S) also said, “One who treads a path in search of knowledge has his path to Paradise made easy by Allah thereby.” — [Muslim]

He (S) also said, “To seek knowledge for one hour at night is better than keeping it (night) awake.” — [Darimi]

It is not difficult to understand the logic behind why Islam put so much importance on seeking knowledge that makes the learner aware that his/her actions – good and bad – are all being monitored and recorded and that one day he/she will be held accountable for such actions in terms of being either rewarded entering paradise or condemned to hell.

For instance, consider the statement of Bayazid Bosami (R), a famous Sufi, who said, “The ultimate knowledge is to understand that God knows your outward and inward aspects, your secrets and that which is manifest.” — [Bahr al-Fava’id]

One of the mystics, Abu Muhammad Abdullah Muhammad b. Al-Fadl al-Balkhi (R), said, “He that has the most knowledge of Allah is he that strives hardest to fulfill His commandments, and follows most closely the custom of His Prophet (S).” — [Kashf al-Mahjub]

Without knowledge, man is bound to either make mistakes or be misled and oblivious of the accountability before God thereby disobeying His commandments and harming everyone (including himself).

He also said, “Knowledge is the fountainhead of all happiness, just as ignorance is the starting point of all wretchedness.  Salvation comes from knowledge, destruction from ignorance.” — [Maktubat-i Sadi]

There are several Islamic traditions that indicate that a scholar’s sleep is more valuable than an ignorant believer’s journey for a pilgrimage (hajj) and participation in a holy war and that the drops of a scholar’s ink are more sacred than the blood of a martyr.

Let me share below a conversation that took place between a man and a Sufi master:

Man: “I want to learn to swim.”
Sufi: “Do you want to make a bargain about it?”
Man: “No, I only have to take my ton of cabbage.”
Sufi: “What cabbage?”
Man: “The food which I will need on the other island.”
Sufi: “There is better food there.”
Man: “I don’t know what you mean. I cannot be sure. I must take my cabbage.”
Sufi: “You cannot swim, for one thing, with a ton of cabbage.”
Man: “Then I cannot go. You call it a load. I call it my essential nutrition.”
Sufi: “Suppose, as an allegory, we say not `cabbage,’ but `assumptions’ or `destructive ideas’?”
Man: “I am going to take my cabbage to some instructor who understands my needs.”

While modern men know the importance of learning as a means to earning livelihood but more often than not they are oblivious of the bigger picture – the divine trust endowed unto them and their accountability on the Day of Judgment. Through ignorance or disregard of why they were created, they are more prone to seeking knowledge and/or indulging in activities that are harmful. Thus, the importance of seeking beneficial knowledge cannot be ignored.

You may be the greatest scholar in the world in your time, but consider, my friend, how the world passes away – and time!

Arm yourself with the right knowledge that is beneficial for all before it is too late.