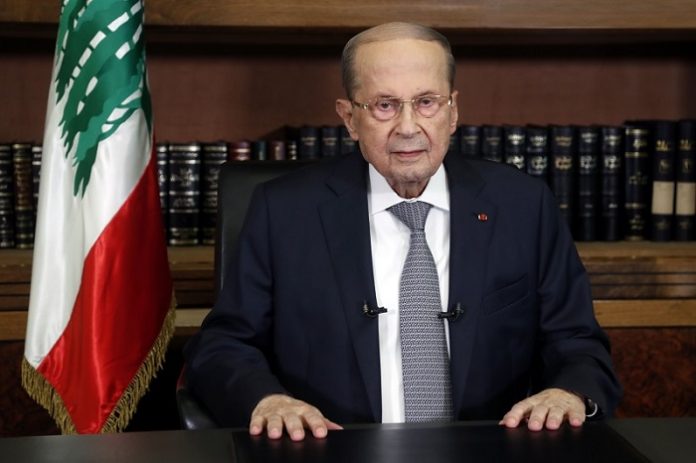 Beirut (UNA-OIC) – Lebanese President Michel Aoun called on Prime Minister-designate Saad Hariri on Wednesday to immediately form a government or “leave space for others” if he is unable to do so.

“If prime minister-designate Hariri finds himself unable to form a government…, he should make way for those who are,” Aoun said in a televised speech after inviting Hariri to Baabda Palace for immediate talks on a new government.

He added that if Hariri found himself unable to form a government that would address the dangerous situations that the country and its people are suffering from, “then he must make room for someone else capable of doing so”.

Hariri’s office quickly hit back, calling on President Aoun to discuss the names of independent candidates with the prime minister-designate. “If you cannot sign the decrees forming a salvation government, then allow for early presidential elections,” Hariri’s office said.

The exchange was the latest round in an almost five-month-old dispute between Aoun and Hariri over government formation, leaving the country rudderless as it sinks deeper into financial collapse.