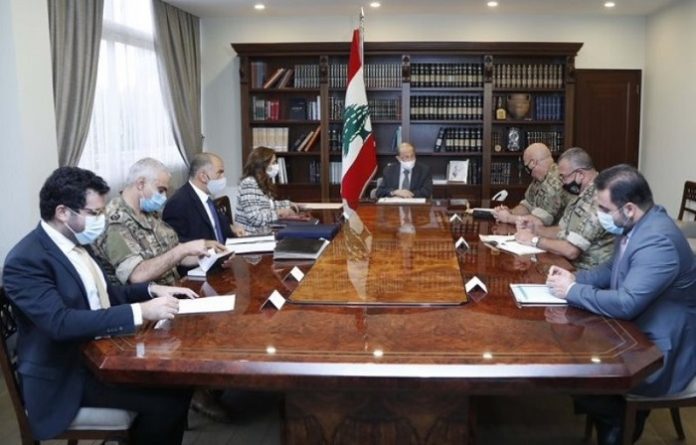 According to Lebanon National News Agency (NNA), today’s meeting was held in the presence of the Defense Minister in the caretaker government, Zeina Aker, and Armed Forces Commander Gen. Joseph Aoun.

It is noteworthy that President Aoun met with United Nations Special Coordinator for Lebanon (UNSCOL) Ján Kubiš, on the eve of the negotiations for the demarcation of the southern borders.