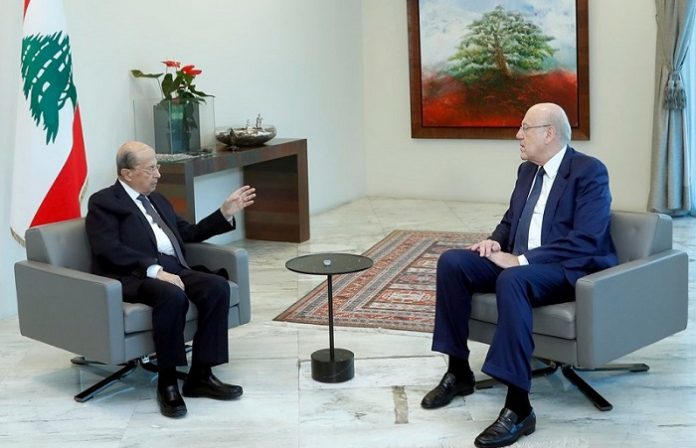 Mikati said that he briefed the President on the results of his meetings with recently formed ministerial committees, tasked to follow up on current issues.

In addition, the prime minister discussed the content of his recent contacts with the International Monetary Fund (IMF), in preparation for negotiations to address the economic and financial situation.