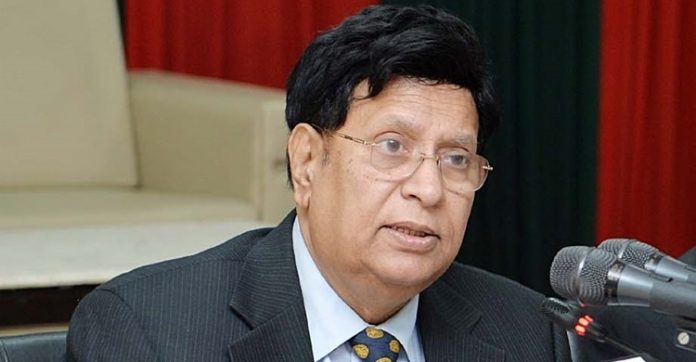 Dhaka (UNA-OIC) – Bangladeshi Foreign Minister Dr AK Abdul Momen said Wednesday that no Bangladeshi can visit Israel as Dhaka does not recognize it.

“If anyone (Bangladeshi citizen) goes to Israel without the government’s permission that person will be liable to be prosecuted…there has been evidence before,” he said.

The foreign minister made the remakes while handing over a donation of pharmaceutical products for the people of Palestine to its Ambassador to Bangladesh Yousef SY Ramadan at state guesthouse Padma in the capital Dhaka.

The government never gave permission to anyone to visit Israel. “We remain very strong (on legal ground). Everybody knows it,” he added.

Abdul Momen said this is the responsibility of the Home Ministry to enforce the law. “Our immigration will stop them immediately. Immigration will control those things and they do it.”

Confusion was created after Bangladesh issued a new e-passport book deleting the words “except Israel” to maintain international standards.

Bangladesh handed over medicine worth Taka 40 lakh to Palestine. Foreign Secretary Masud Bin Momen was also present on the occasion.

During the past eight decades of the Israel-Palestine conflict, Bangladesh all along stridently supported the cause of the Palestinians and never recognized the existence of Israel while allowed Palestine to set up its embassy in Dhaka as an independent nation.

Bangladesh condemned the recent atrocities inflicted upon the civilians by the occupation forces of Israel at Al-Aqsa Mosque compound and in Gaza.

“Bangladesh reiterates its principled position concerning the two-state solution of the Palestine-Israel conflict in light of the UN resolutions recognizing pre-1967 borders and East Jerusalem as the capital of the State of Palestine,” a foreign ministry statement said recently.