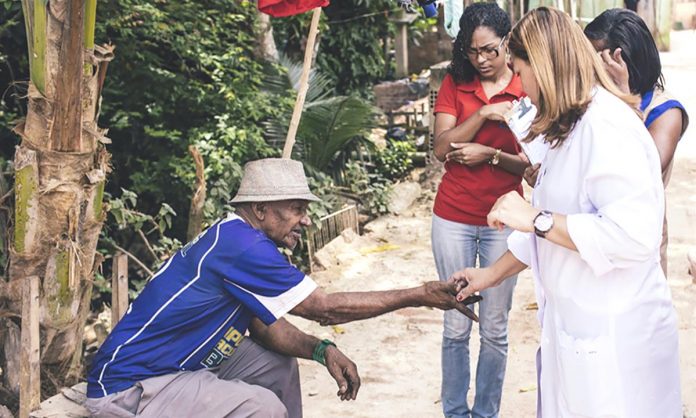 New cases of leprosy are decreasing, but not at the anticipated rate. In order to accelerate the annual decline, countries should screen contacts and treat eligible contacts with single-dose rifampicin, as recommended by the World Health Organization
(WHO) in its guidelines.

“Research evidence with single‐dose rifampicin given as post-exposure prophylaxis to contacts of newly diagnosed patients has shown a reduction of 50–60% in developing leprosy over the following 2 years,” said
Dr Erwin Cooreman, Team Leader, WHO Global Leprosy Programme. “Programmes should identify and manage contacts of persons with leprosy.”

In addition to sustaining case detection, contact tracing and treatment, innovative approaches need to be adopted by all countries.

Also in 2019 there were 6506 fewer new cases of leprosy than in 2018. The decrease occurred in all WHO regions, but mostly in WHO’s South-East Asia Region where 4708 fewer cases were reported.

For children, most countries collected information on new cases with grade-2 disability (G2D). Globally, 10 813 new cases with G2D were detected (5.3%) of whom 370 were reported in children in 2019.

Child cases indirectly indicate ongoing transmission in a community, and these are monitored closely. During 2019, 14 891 new cases in children (aged < 15 years) were detected among 202 185 cases, representing 7.4%. New child cases have shown
a decreasing trend, falling below 15 000 for the first time.

Only 11 countries provided data on antimicrobial resistance, which was sought as a core statistic. Of the 205 tests conducted, 18 indicated resistance.

Two new cases were infected with strains resistant to two antimicrobials used in treatment of leprosy, indicating that testing for resistance to be undertaken in highly endemic countries and in countries with laboratory facilities.

The draft Global Leprosy Strategy for the period 2021–2030 is in line with  the new road map on neglected tropical diseases. The goal is elimination of leprosy by 2030, which includes the following targets:

To sustain advances towards these targets, active leadership by countries is necessary. These should be supported by a meaningful engagement of persons affected by leprosy, accelerated efforts by all partners and an uninterrupted supply of multidrug therapy
medicines and rifampicin free of charge.