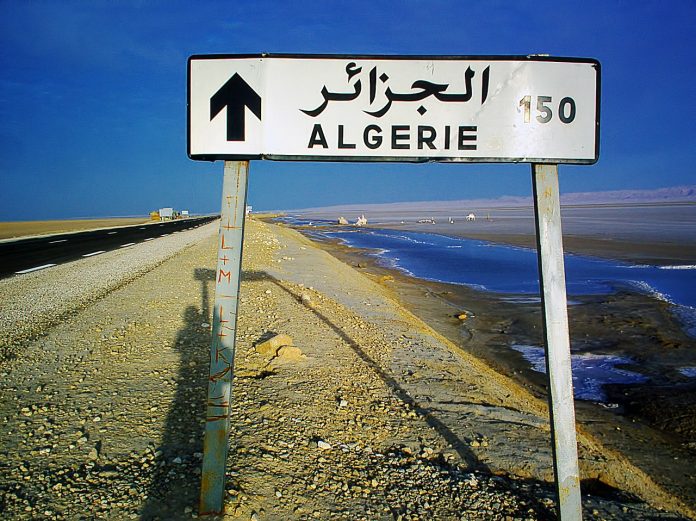 The recently sparked public unrest in Sudan and Algeria are not receiving the media attention they deserve.

An earlier round of public protest in the Arab world has discouraged many sympathizers of reform.  True, the 2011-2012 uprising in Tunisia advanced the course of democracy, but similar events elsewhere in the region have caused grave instability. The rebellions set Egypt back for a decade or two by reestablishment of a disguised military dictatorship; they fragmented Syria and Libya, and trapped Yemen in a catastrophic war.

In December 2018 and February 2019 nationwide uprisings spread in Sudan and in Algeria respectively. Are these two developments evidence of more Mideast turmoil in the future or a new round of real political reform?

Let us first examine the situation in Sudan. President Omar Al Bashir has ruled Sudan for thirty years. He is the only sitting head of state to be indicted for crimes against humanity by the International Criminal Court. The uprising started with a street protest against hikes in prices of bread and swiftly turned into a national rebellion, demanding Al Bashir’s resignation.

As the protest spread, Al Bashir cracked down on the demonstrators: a few dozen people lost their lives, hundreds were injured and over a thousand were put in jail. The president quickly declared a national state of emergency.

From the start of his rule, Al Bashir has been controversial. With a military coup, he grabbed power. His poor leadership was a factor in the civil war. His mismanagement led to the cessation of South Sudan. He was responsible for a massacre in Darfur, in the western region.

The national army has been sitting on the sideline watching street demonstrators express their anger.  The message coming from all segments of society was loud and clear: out with Al Bashir. Youth and women are mobilized; unions and professionals are in the lead. Opposition groups are active in the Diaspora. The protestors are quite disciplined. There seems to be no political party guiding this revolution.

The dynamics of the upheaval in Algeria resembles somewhat Sudan’s: peaceful, youthful, and more focused on human rights than on politics or ideology. The demonstrators are distancing themselves from traditional opposition parties, who are suspect for their lust for power.

In Algeria the uprising is moving fast: in five weeks the rebellion has already mobilized millions, mostly youth, university students, professionals, union members and factory workers. On March 27 important members of the president’s party and the chief of the army have declared that they could no longer support President Bouteflika.

Bouteflika’s political record spans the life of the nation following independence from colonial France. His leadership emerged during the revolutionary struggle against the French occupation during the 1950s and early sixties. As a revolutionary figure, Bouteflika gave Algerians hope for the future. He served his country as a foreign minister between 1963 and 1979. He assumed the presidency in 1999, after a period of eleven years of national disturbance, which ended with the brutal pacification of the Islamist revolutionary movement.

For a span of several years, Bouteflika reinforced stability, expanded state services with vast oil revenues. He made Algeria a center of empowerment in the region.  But when economic and demographic circumstances changed, Bouteflika failed to adapt and diversify the economy. Tin Henane Al-Kadi describes the evolving economic pressures on Algeria: While Algeria has free universal healthcare and free education, including tertiary education, the quality of these services has deteriorated tremendously over the years due to lack of investments and tensions created by demographic growth.

Staying too long in power, Bouteflika, turned into an authoritarian patriarchal ruler. He is now an ailing figurehead; real power is in the hands of an entourage: a family clan, business elites and military chiefs.

Bouteflika has been the head of the state for 20 years- four consecutive terms. He suffered a debilitating stroke five years ago. In campaigning for a fifth term, scheduled to start next month, Bouteflika has precipitated a spontaneous uprising. Algerians feel insulted to be led by a very sick man whose fourth term is nearly finished.

In face of massive outrage, the octogenarian president has withdrawn from the electoral race, but he is now negotiating to stay in power, supposedly, to oversee a political transition. The demonstrators are firmly asking Bouteflika and his cronies to hand over his power. However, some opposition parties, ignored by the demonstrators, are calling for a negotiated transition with the existing regime.

True there is hope but caution accompanies hope. Sudan and Algeria are at a crossroad. It is time for Al Bashir and Bouteflika to leave their posts voluntarily. In both countries, the military is in a position to ease out the two presidents. But How?

Al Bashir is naturally too scared to leave office as he would be legally accountable; he is subject to arrest, even in exile. The transition for Bouteflika, a former national hero, may not be as complicated.

Throughout the Arab world, political parties are distrusted. People are tired of ideology and the use of force in conflict resolution. Will the military in both countries stay out of politics and act as facilitators for a civil transition? Easier to say than do.

The armed forces in Algeria and in Sudan have closely watched the discouraging developments in Egypt over the past few years. If there is any learning from Egypt of what not to do, it is to avoid suppression of Islamists or any other grassroots movement. Reformers must urgently open the doors wide for political participation of the youth, women and minorities. The ethnic minorities of Darfur, Sudan, and the Berbers of Algeria should participate in state rebuilding. The take away from Arab Spring events of Syria and Libya is to embrace reform rather than fight it. And Yemen’s Arab Spring story should inform reformers in Sudan and Algeria to avoid the transferring of the power of deposed autocrats to any of their close associates. This cooptation malpractice contributed to the refueling of hostilities in Yemen, thanks to the Saudi and American intervention, after the Arab Spring uprising.

Early signs from the uprisings in Khartoum and Algiers are encouraging. Should we raise our expectations again, as we did during the Arab Spring a few years ago?

The Arab Spring is not about placing old wine in new jars.