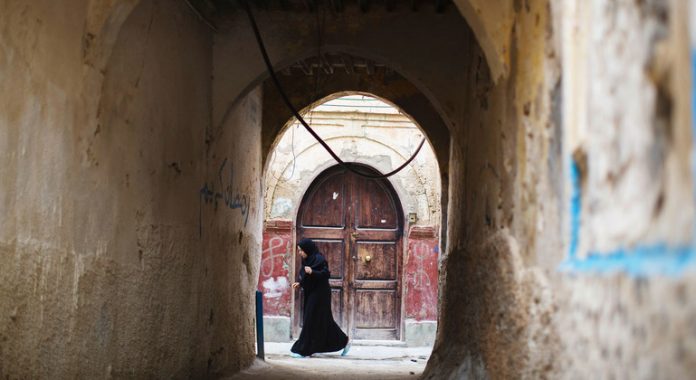 Ms. Williams, who is the Acting Special Representative of the UN Secretary-General for Libya, told the Libyan Political Dialogue Forum that their fellow citizens were counting on them to bring an end to years of violence.

The primary task of the “temporary unified executive authority” was to take Libya towards the “sacred goal” of national elections on 24 December, the UN official said.

“This project is not about power sharing or dividing the cake.  Rather, it is to form a temporary government composed of patriots who agree to shoulder and share the responsibility to put Libyan sovereignty and the security, prosperity and welfare of the Libyan people above narrow interests and far from the spectre of foreign interference.”

The temporary executive for Libya will comprise a three-member Presidency Council and a sole Prime Minister, who hail from all political and social components of the Libyan society”, Ms. Williams stated.

Votes for the Presidency Council were due to take place on Monday.

The development follows months of UN-led political discussions, including most recently in Geneva and Tunisia.

In October, a ceasefire deal was signed in the Swiss city between forces loyal to the UN-recognized Government of National Accord based in Tripoli, and opposition forces loyal to General Haftar, in the east.

Under the terms of that deal, all foreign fighters were expected to leave Libya within three months.

And it was in Tunis that the Libyan Political Dialogue Forum agreed to a “Roadmap” for the country, which defined the mandate of the temporary executive that was due to be voted on in Switzerland, Ms. Williams said.

Its objective was “to respond to the aspirations and the demands of the Libyan people for a sovereign and unified Libya and for the restoration of democracy, for a true commitment to national reconciliation in word and in deed, for the return of all of those who have been displaced and in exile, for the renewal of the legitimacy of your institutions, and for the need to provide basic services to your people”.

This will be an open and transparent selection process — UN envoy

Highlighting the “purely Libyan process with full Libyan ownership”, Ms. Williams explained that all candidates for the Presidency Council would answer questions from the delegates meeting in Switzerland.

“Our goal is to keep these sessions as interactive as possible so we will also broadcast these presentations live to the Libyan public,” she said, in reference to the UN platform webtv.un.org. “This will be an open and transparent selection process that all Libyans are going to witness, day by day and minute by minute.”

She pondered whether some questions might focus on their commitment to holding national elections on 24 December, wondering whether they would “put the interests of the people first…honour the separation of powers…commit to civilian control of the military and..end blatant foreign interference in Libya’s internal affairs?”

A year ago, such a vote would not have been possible, Ms. Williams maintained, after congratulating the Libyan delegates for their perseverance in pursuing a politically negotiated solution to resolving their country’s split, since the overthrow of President Muammar Ghadaffi in 2011.

“It is a positive sign that this process – your process – has inspired a high degree of buy-in and enthusiasm”, Ms. Williams said. “While the selection of the interim unified executive is not an election in the traditional sense, open competition is good for democracy. This is the kind of competition that can only take place when the guns are silent.”