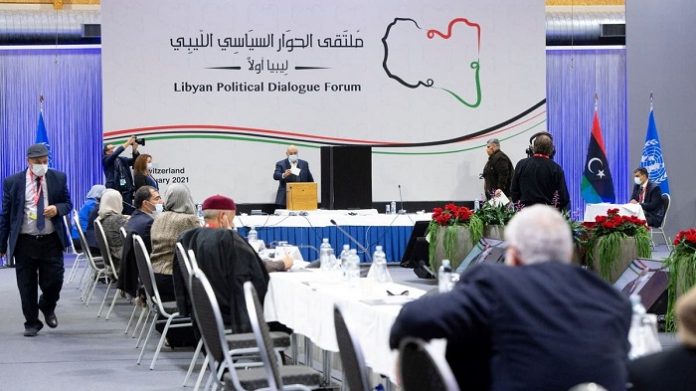 Tripoli (UNA-OIC) – The United Nations Support Mission in Libya (UNSMIL) announced that it would facilitate a two-day virtual meeting of the Libyan Political Dialogue Forum (LPDF) on 26-27 May to discuss the proposed constitutional basis for parliamentary and presidential elections to be held on 24 December 2021, as prepared by the LPDF Legal Committee.

UN Special Envoy for Libya and Head of UNSMIL Ján Kubiš will deliver the opening remarks in Wednesday’s first session of the meeting, according to a statement by the Mission.

Based on UNSMIL’s commitment to upholding transparency principles, which characterized the LPDF process since its start, the two-day virtual meeting of the LPDF will be broadcasted live on the UN Web TV and UNSMIL’s Facebook Page.

The Mission grants Libyan and international TV channels the right to broadcast the proceedings, the statement said.