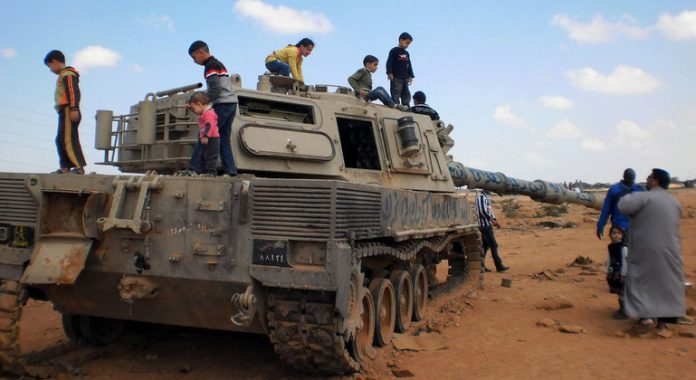 Police and military officers from the UN-recognized Government of National Accord (GNA) and the rival Libyan National Army (LNA) met in the Egyptian Red Sea resort of Hurghada for talks facilitated by the mission.

Libya fell into chaos following the 2011 overthrow of former leader, the late Muammar Gaddafi, leading to two rival administrations, with the GNA in the capital, Tripoli, while the LNA controls large areas of the east.

A spirit of mutual trust

The discussions in Egypt, which ended on Tuesday, were marked by “a spirit of responsibility, transparency and mutual trust”, UNSMIL said in a statement issued that day.

“They addressed a number of pressing security and military issues, including confidence-building measures; security arrangements in an area to be defined at a later stage within the framework of the 5+5 Joint Military Committee (JMC) talks; in addition to tasks and responsibilities of the Petroleum Facilities Guard (PFG).”

The 5+5 JMC talks began earlier this year in Geneva, bringing together five senior officers from each side.

The talks in Hurghada ended with a series of recommendations which will be presented to its members.

The parties urged the 5+5 JMC to swiftly resume face-to-face meetings starting next week, while all people detained on account of their identity or origin should be released “without pre-conditions or restrictions”. Additionally, a prisoner exchange should occur before the end of October.

They also called for ending hate speech campaigns, replacing hatred “with a discourse of tolerance and reconciliation”, as well as rejection of violence and terrorism.

Other recommendations included expediting the re-opening of air traffic and land transportation across Libya to ensure freedom of movement of all citizens.

Participants also called for the 5+5 JMC to prioritize the PFG issue, and to take measures to ensure the regular production and export of oil and gas.

“UNSMIL expresses its sincere gratitude to the Government of Egypt for its efforts in facilitating this important round of Libyan talks”, the statement continued.

“The Mission equally appreciates the efforts of both delegations and welcomes the outcomes reached during the discussion. UNSMIL hopes that this positive development will contribute to paving the way towards a final and lasting ceasefire agreement.”