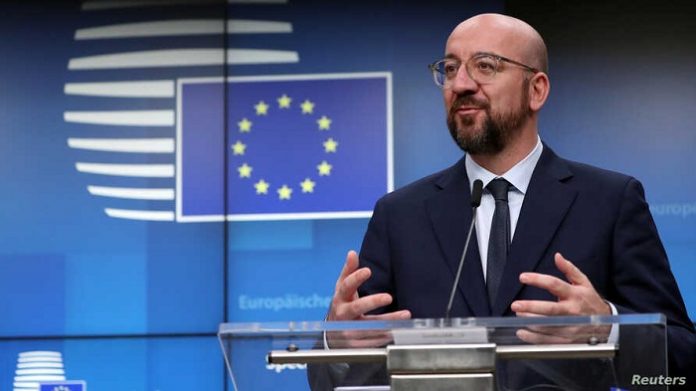 “The Libyan people have witnessed a historic moment with the installation of the new Presidential Council and the appointment by the House of Representatives of the Government of National Unity,” Michel said in a statement published on the official website of the Council of the European Union.

He commended the efforts of the Libyan leaders to come together in a spirit of national unity and reconciliation, pointing out that the Libyans have ​a unique opportunity to build a united, sovereign, stable and prosperous country.

“The EU has been engaged, also through the Berlin Process, to actively support the national reconciliation. And we have provided assistance in a wide range of areas, notably economic governance and service delivery. And now, through COVAX, of which the EU is a main contributor, 57,000 doses of vaccines will very shortly be arriving in Libya,” the European Council chief said.

Michel stressed the importance of implementing the ceasefire agreement and the respect of the UN arms embargo. Meanwhile, he urged all the state institutions to ensure timely preparations for the general elections, scheduled to take place on December 24, underlining the EU’s readiness to increase its engagement.

The European Council president outlined that economic recovery and governance, security and stabilization based on the rule of law, human rights, gender equality and migration are some of the areas where the EU can bring its expertise.