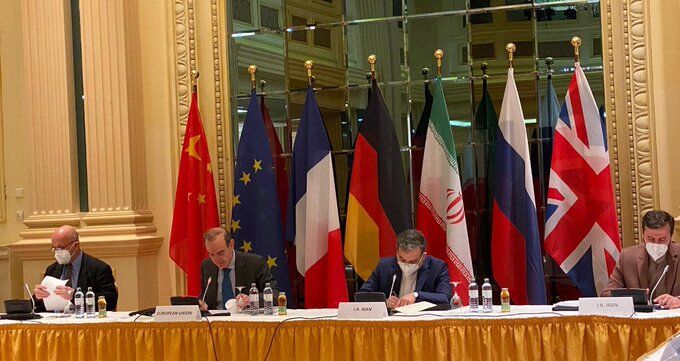 The Joint Commission of the Joint Comprehensive Plan of Action (JCPOA), the Iran nuclear deal, resumed its work in person on 9 April at 10.00 CET in Vienna.

The Joint Commission was chaired on behalf of EU High Representative Josep Borrell by the Deputy Secretary-General and Political Director of the European External Action Service Enrique Mora. It was also attended by representatives of China, France, Germany, Russia, the United Kingdom, and Iran.

During the session, Iran’s Deputy Foreign Minister for political affairs stressed the will of the Islamic Republic of Iran to continue serious interactions, and said, “It is subject to the observation of the political will and seriousness on the other side and, otherwise, there is no reason to continue the negotiations.”

Araghchi reaffirmed that the lifting of all US sanctions imposed on Iran during the US previous President’s tenure is a necessary step for the JCPOA revival and Iran will be ready to return to full implementation only after fact-checking the lifting of the sanctions.

Earlier yesterday, Araghchi held talks with the Director-General of the International Atomic Energy Agency (IAEA) Rafael Grossi on the Joint Comprehensive Plan of Action, aka JCPOA.

He said that cooperation between Iran and the International Atomic Energy Agency (IAEA) continues in both areas of fact-checking and technological assistance.

Referring to the fruitful meeting with Grossi, he said that there are some duties for the IAEA that the agency should be able to carry out on time when they get to the conclusion during the negotiations.

He added that Iran-IAEA interaction on disputed issues and the questions that exist will continue, and expressed assurances that these issues can be resolved in a constructive interaction if there is goodwill.