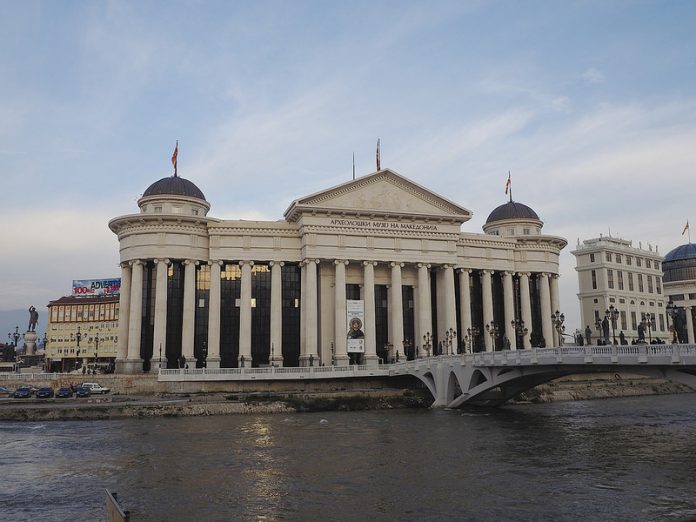 “What’s in a name? That which we call a rose by any other word would smell as sweet,” Shakespeare wrote, but it doesn’t smell as sweet in Macedonia. In a display of national insecurity with few parallels, Greece has denied that the country to the north has the right to use the name Macedonia ever since it got its independence when Yugoslavia broke up in 1991.

Athens insisted, with very little evidence, that by calling the new country the Republic of Macedonia (the same name it had as part of the federal state of Yugoslavia), the Macedonians were laying claim to the Greek region of the same name. But recently there were signs that common sense was starting to break through.

The Macedonians were willing to negotiate on the issue, because Greece has blocked its applications to join the NATO alliance and the European Union since 2008, and only let it join the United Nations under the ridiculous name of ‘Former Yugoslav Republic of Macedonia’ (FYROM). But Athens and Skopje (the capital of FYROM) have been talking compromise for almost a year, and it was looking good.

Interior minister Panos Skourletis, a prominent figure in the Syriza Party that dominates the coalition government in Athens, said: It is a silly dispute that has to be solved. They [the Macedonians] want to solve it, and I think it will be solved in 2018. If not now, then when?”

The dispute has been complicated by the fact that the Macedonians, a small ethnic group who have inhabited the area they now possess since the Slavic invasions of the 6th and 7th centuries, have claimed Alexander the Great as their founding father. It’s understandable, since they can claim no other historical figures of note, but it has immensely irritated the Greeks.

Alexander, who conquered half the ‘known world’ before he died more than 2,000 years ago at the age of 32, is also seen by modern Greeks as their most important world-historical figure, mainly because they too have no more recent candidates. Homer, Socrates, Euripides, and Plato are all very well, but they lived even longer ago and conquered no foreigners.

So in addition to the preposterous notion that Macedonia lusts after the Greek province of the same name – ‘FYROM’ has only two million people (of whom a quarter are ethnically Albanian), whereas there are ten million Greeks – Greek nationalists are further aggrieved that their neighbours are trying to steal their great national hero. And indeed, there has been some attempted larceny.

Under the last prime minister, an ultra-nationalist called Nikolas Gruevski, the Republic of Macedonia started naming airports, highways and stadiums after Alexander and erecting large and remarkably clumsy statues to the great conqueror. Gruevski lost the Macedonian election last June, however, and the new prime minister, Zoran Zaev, has taken a very different line.

“I give up the claim of Macedonia being the sole heir to Alexander,” Zaev said in a TV interview last month. “The history belongs not only to us but to Greece and many other countries.” He has denounced the previous government nationalist binge and even suggested that he will dismantle statues that offend the Greeks.

This is only reasonable, as Alexander really was Greek. He spoke Greek (his tutor was Aristotle), and he was born on what is now Greek territory.

On the other hand, the multi-national empires, Roman, Byzantine and Ottoman, that ruled the entire region for over 2,000 years until the 20th century usually included the territory now occupied by FYROM in their Macedonian province, so that name can be claimed by anyone whose ancestors lived there. And by late last year, reasonable people were working on a sensible compromise.

By this New Year’s Eve Yiannis Boutaris, the mayor of Thessaloniki, the capital of the Greek province of Macedonia, was entertaining Macedonian president Zoran Zaev in his city. “For too long we have been obscured by this nationalistic foolishness and populist propaganda,” he said, and the problem looked well on the way to being solved.

The solution, according to sources inside the negotiations headed by U.N. negotiator Matthew Nimitz, would be to rename FYROM ‘New Macedonia’, which implies no claim to ‘old’ Greek Macedonia. But then Pannos Kammenos, the founder of the small ‘Independent Greeks’ party that is in coalition with Syriza, demanded an immediate referendum.

Kammenos’s party is polling so low at the moment that it wouldn’t even make it into the next parliament, so he needed to boost his standing with his right-wing supporters. The opinion pollsters promptly asked the Greek public if they would accept any name for FYROM that included the word ‘Macedonia’, and between 68 percent of respondents (poll of 15 January) and 77 percent (poll of 20 January) said ‘no’.

So Syriza, which is currently trailing the opposition New Democracy party in the polls by 10 percent, is unlikely to go any further with this proposal. (63 percent of its own voters said ‘no’). The foolishness will, therefore, continue for some time to come.