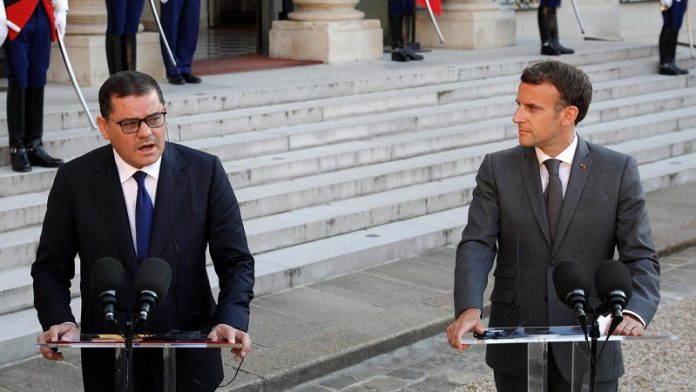 Macron made the remarks during a joint press conference at the Élysée Palace with Prime Minister of Libya’s Government of National Unity (GNU) Abdul Hamid Dbeibeh.

The French president assured the prime minister of France’s willingness to help Libya in the transitional phase. “You can count on France in the coming weeks and months in all fields,” he said, stressing full support for Libya to ensure a fair and transparent distribution of Libyan wealth.

On his part, Dbeibah reiterated the essential role of France in supporting the stability program in Libya and strengthening its political decision. He said that his government is looking forward to more support from the French side in international forums, especially the Berlin 2 conference and its outcomes.

“We have agreed with the French side to activate the Libyan-French Joint Higher Committee,” the prime minister said, expressing his pleasure for the official return of relations between the two countries.