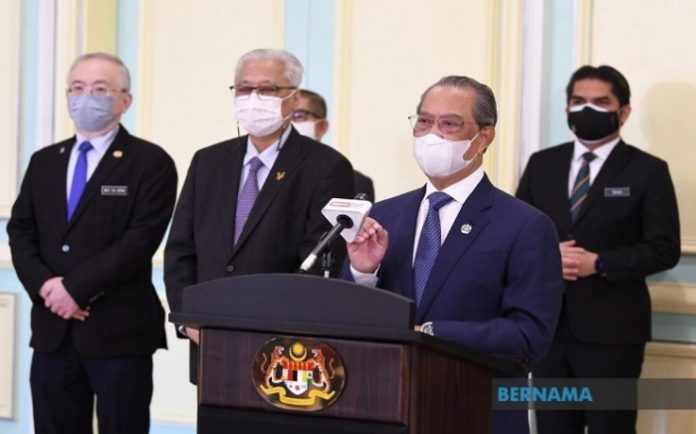 Muhyiddin Yassin, who is also the caretaker Prime Minister, said Thursday in a statement that should Ismail Sabri be appointed to the post by the Yang di-Pertuan Agong Al-Sultan Abdullah Ri’ayatuddin Al-Mustafa Billah Shah, he (Ismail Sabri) must ensure that the Cabinet line-up comprises those with integrity, trustworthiness, and free of any charges in court.

“The government under his leadership must also continue the practice of respecting the separation of powers, protecting judicial independence and upholding the Constitutional Monarchy,” he added.

Muhyiddin said that all 50 Dewan Rakyat members from the PN coalition, namely 31 from Bersatu, PAS (18), Parti Solidariti Tanah Airku (STAR) (one) as well as four pro-PN Independents had submitted their statutory declarations to Istana Negara yesterday, stating their support for Ismail Sabri.

According to Muhyiddin, the decision to nominate the Vice President of the United Malays National Organisation (UMNO) was done to ensure continuity of the PN government’s policies, which are focused on tackling the COVID-19 pandemic and healing the nation until the time is right for the 15th General Election to be held.

The decision, he added, also proved that the PN government prioritized political stability and the people’s well-being rather than revenge politics and power struggles.