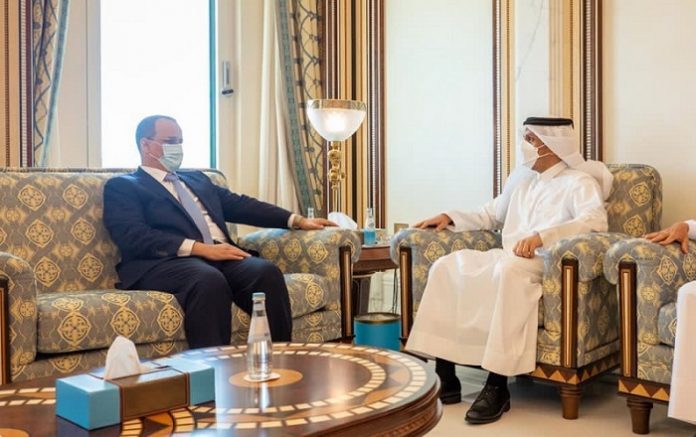 “After intensive contacts over the past week and with much-appreciated support from the Sultanate of Oman, the Islamic Republic of Mauritania and Qatar decided to resume diplomatic ties,” the ministry said in a statement carried by Mauritanian News Agency (AMI).

The Minister of Foreign Affairs, Cooperation and Mauritanians Abroad, Ismail Ould Cheikh Ahmed, met with his Qatari counterpart, Sheikh Mohammed bin Abdulrahman Al-Thani, on Sunday in Doha, where they discussed ways to strengthen relations and cooperation between the two countries, the statement added.

The two ministers agreed to resume diplomatic ties between the Islamic Republic of Mauritania and the State of Qatar, and to reopen their embassies as soon as possible.