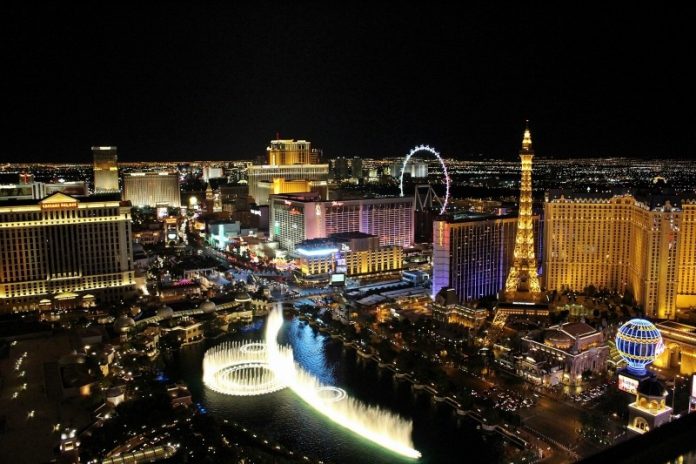 Last week, Stephen Paddock killed 58 people at a country music festival and then shot himself dead in Las Vegas, the gambling-capital in the USA. Since he was a 64-old white American retiree who lived in a retirement community in Mesquite, Nevada, many Americans are highly perturbed by the mere fact that one of their own – apparently of the Christian faith – could do such a monstrous crime, the deadliest mass shooting in modern U.S. history. They ask: how could Paddock, a former postal worker and tax auditor who had become rich through wise real estate investments in downtown Los Angeles, and who liked to gamble in casinos could do such an evil, maximizing casualty?

The media reports suggest that he lived an intensely private, unsocial life that exploded into public view on Sunday, Oct. 1, when he killed and injured so many music lovers. He has become a mystery to them. A nationwide scrutiny on his life has begun that is trying to understand this mysterious mass murderer.

To me, all such scrutiny is to belittle his inexcusable crime.

Las Vegas Police said Paddock had no criminal record. The gunman killed himself before police entered the hotel room from where he was firing, Clark County Sheriff Joseph Lombardo told reporters. “We have no idea what his belief system was,” Lombardo said.

When did one’s belief system become the litmus test to define a murderer and his crime?

No one in the media including the Tweeter-savvy POTUS uttered the T-word – terrorism. It was all part of a post-9/11 formula formulated by the government agencies here to define terrorism and terrorists.

“My fellow Americans, we are joined together today in sadness, shock and grief,” the president said in televised remarks from the White House’s Diplomatic Room last Monday. “Last night, a gunman opened fire on a large crowd at a country music concert in Las Vegas, Nevada. He brutally murdered more than 50 people and wounded hundreds more. It was an act of pure evil.”

After meeting with some of the victims of the worst mass shooting in modern American history, President Trump said Wednesday that the shooter was a “very demented person.” “It’s a very sick man. He was a very demented person,” Trump told reporters as he left the University Medical Center, which has cared for dozens of shooting victims.

It was an act of terrorism. But President Trump who has been all agog to condemning terrorist acts by mentally disturbed or radicalized Muslims did not use the term – terrorism – to qualify Paddock’s mass murder. What a double standard by the leader of the free world!

The barrage of gunfire from the 32nd-floor of the Mandalay Bay hotel into a crowd of 22,000 people came in extended bursts that lasted several minutes, sparking panic as throngs of music fans desperately cowered on the open ground, hemmed in by fellow concertgoers, while others at the edge tried to flee.

More than 525 people were injured – some by gunfire or shrapnel, some trampled – in the pandemonium adjacent to the Las Vegas Strip as police scrambled to locate the assailant. As of Saturday, October 7, 2017, 88 injured people are still in the hospital, 31 of whom are in the critical condition.

Federal officials said there was no evidence to link Paddock to militant organizations.

Clark County Sheriff Lombardo said there were 16 firearms in the room where Paddock killed himself, some with scopes and some that appeared to have been modified to convert them to fully automatic weapons. Lombardo said the gunman apparently used a “device similar to a hammer” to smash the windows from which he fired.

Police found at least 18 additional firearms, some explosives and thousands of rounds of ammunition at Paddock’s home in Mesquite, about 90 miles (145 km) northeast of Las Vegas, along with “some electronic devices that we are evaluating at this time,” Lombardo told reporters.

The Las Vegas police believe Paddock may have had a secret life. He had been buying guns since 1982. But something seemed to change last October. He went on a shopping spree, adding to his arsenal until late last month. One of his purchases, a shotgun, came from Dixie Gunworx in St. George, Utah. Chris Michel, the owner, said Mr. Paddock visited the store three times in January and February, making the 40-minute drive from Mesquite, Nevada.

Bottom line: since the shooter was not a Muslim, terrorism is not suspected in America’s deadliest shooting. That is how I see it. If Paddock had been a Muslim or had any link whatsoever with Islam, or ISIS or any Muslim sounding terrorist or militant group, even the murder of a single person would have sealed his identity as a terrorist. Thanks to 9/11, this is the world of double-standards that we live in these days!

In his book, Islamophobia: Understanding Anti-Muslim Racism Through the Experience of Muslim Youth, Naved Bakali notes that a Muslim terrorist dialectic has emerged, reinforcing a narrative that Muslim men are dangerous, violent, and prone to acts of terrorism. This most often occurs when radicalized Muslim individuals engage in random acts of violence, in which civilians are murdered and/or injured. “When these acts of violence occur in North America and Europe,” Bakali writes, “there’s a concerted effort in the media to portray such random ‘lone wolf’ acts of violence as being linked to some global Muslim terrorist infrastructure, and in doing so asserting that Islam is the root cause for these actions. However, deep and detailed analysis, of the possible psychological, emotional, or social states of the perpetrators to help understand these actions, beyond terrorism inspired by Islam, is completely absent.”

It is no accident that the psychological state of mentally troubled psychiatrist (Major) Nidal Hasan who fatally shot 13 people at Fort Hood on November 5, 2009, is not discussed at length in the media. He was a socially isolated person who was stressed by his work with soldiers, and upset about their accounts of warfare. Two days before the shooting, which occurred less than a month before he was due to deploy to Afghanistan against his will.

Interestingly, in April of 2014, when U.S. Army Spc. Ivan Lopez killed three people and wounded 16 in a shooting rampage at Fort Hood, Texas, at the same sprawling Texas Army outpost, despite the strikingly parallel narratives, the media coverage of Lopez and Hasan has been markedly different. Specifically, Lopez, like many other non-Muslims who have used firearms to kill, has been classified as “mentally ill,” while only Hasan has had the label of “terrorism” attached to his story.

Lopez felt that some in his unit had not treated him appropriately and Hasan felt similarly alienated and discriminated against. Both also held deep grievances against the U.S. Army. Lopez was upset about a denied leave request and Hasan did not want to deploy to Iraq despite orders to do so on Nov. 28, 2009.

Both also sought mental health treatment: Lopez for post-traumatic stress disorder (PTSD) after serving four months in Iraq in 2011, and Hasan for his distress as an Army psychiatrist listening to others’ accounts of service in Iraq and Afghanistan.

Consider also the case of 29-year old Omar Mateen, the 2016 Orlando nightclub shooter, who murdered 49 and injured 58 men at a gay nightclub in Orlando, Florida. Immediately, this was labeled as an act of terrorism. However, mainstream media outlets engaged in very little analysis of why Mateen committed this crime. Mateen was a closeted gay man, who according to friends and family, was ashamed and struggling with his homosexuality. The perception of Mateen being a self-hating, psychologically damaged individual was elusive in media portrayals of the story.

Bakali comments, “Such a narrative, would be essential in trying probe the motivations for his actions. Similarly, in Europe, hundreds of young men and women have joined terrorist organizations, and a handful have committed acts of violence and terrorism locally. These events are given widespread media attention and have become instrumental in shaping the political narratives in a number of European nations. There is no shortage of discussions describing what is happening when it comes to Muslims and terrorism, however, there is a lack of explanation as to why it is happening. Muslims in a number of these countries are less educated, face higher rates of unemployment, and have been socially and economically marginalized through discrimination and identity politics. However, these issues are rarely discussed when trying to understand the motives of these criminals.”

We must recognize that people who commit acts of violence are complex actors who have a multiplicity of motivations and reasons for committing such acts. Religion may play a role, however, their views cannot be conflated with those of mainstream believers, as their beliefs represent a radical divergence from traditional teachings and beliefs.

When Mr. Trump says that Paddock is just a ‘demented sick’ guy while the U.S. law enforcement agencies “have to look at the mosques” when Mateen committed a similar – albeit a lesser – crime, the POTUS is epitomizing a logical fallacy based on race and religion. It is shameful white-wash!

Trump should face the reality that America has a gigantic gun problem. With 5 percent of the world’s population, the United States has 50 percent of the guns. Every day, some 92 Americans die from guns, and American kids are 14 times as likely to die from guns as children in other developed countries. The U.S. gun homicide rate is 50 times that of Germany and 30 times that of France or Australia, according to the U.N. Office on Drugs and Crime, and 12 times higher than the average for other developed countries.

What’s needed is a serious introspection that calls a spade a spade and finds measures that would minimize terrorism or mass shooting. Such may require, among other measures, imposing stricter gun control regulations much like what was imposed to reduce fatality rate per 100,000 miles driven by more than 95% for the automobiles since 1921.

But would the gun lobby allow such regulations to pass in the USA?