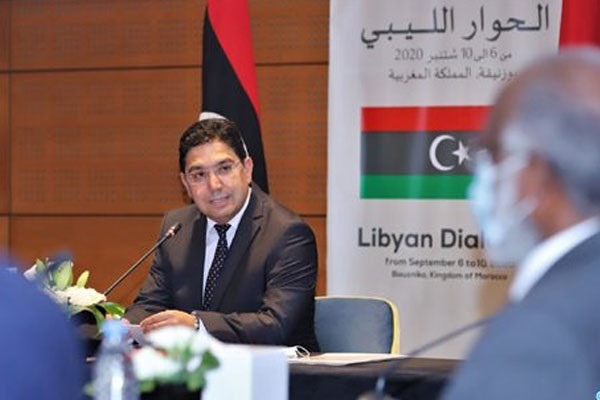 Rabat (UNA-OIC) – Morocco’s Foreign Minister Nasser Bourita commended the outcome of the consultative meeting of the Libyan House of Representatives members from Tripoli and Tubrok, which concluded its session on Saturday in the northern Moroccan city of Tangier.

The current political stage requires a harmonious parliament that ends the geographical and political divisions, and functions as a single body to serve Libya and the Libyans,” Bourita said at the conclusion of the Libyan Political Dialogue Forum (LPDF) held on 23-28 November.

He described the dialogue sessions, which were attended by 123 members from both parliaments, as successful, expressing hope that the Tangier meeting would serve as a new start for a parliament that can play its full role in the Libyan political agreement.

During the closing session, members of the Libyan House of Representatives made seven pledges that seek to bring the views of the lawmakers closer to overcome the political crisis in the North African country.

It noteworthy that the Kingdom of Morocco was one of the first countries that facilitated negotiations between the Libyan rivals. In 2015, a meeting near Rabat led to the Skhirat Agreement, which now constitutes an internationally-recognized framework for overcoming the political crisis in Libya.