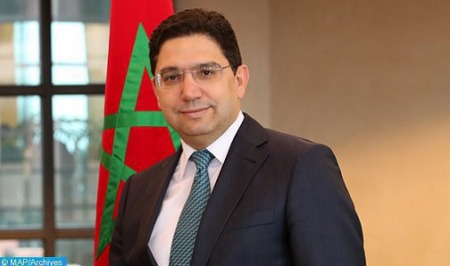 Bourita reaffirmed, in this regard, the support of the Kingdom of Morocco, upon the high instructions of King Mohammed VI, for the mandates of Kubis and UNSMIL, assuring him of Morocco’s readiness to support their efforts to stabilize Libya, a statement from the Ministry of Foreign Affairs said.

Kubis took this opportunity to commend the efforts of Morocco in favor of a stable and peaceful Libya, in particular the Libyan Dialogue held in Bouznika and Tangier, which contributed to the agreement on the mechanisms of the designation of sovereignty posts in Libya, the statement added, noting that the UN official expressed his willingness to consolidate dialogue and consultation with Morocco on this issues.

The two sides welcomed the new dynamic in the Libyan issue, in particular the appointment of a new Libyan temporary executive authority, endorsed by the Libyan parliament, according to the same source.

They underlined, in this regard, the need for the support of the international community, particularly the UN, at the new crucial stage in which Libya enters with hope and determination, in order to put an end to a conflict that has lasted for a long time, which will have a positive impact on the security situation in the Sahel region and beyond.

The two officials reiterated the rejection of any foreign interference in the inter-Libyan political process, led by the Libyans themselves, within the framework of respect for the national sovereignty and unity of Libya.

Bourita and Kubis agreed to hold regular contacts on the Libyan issue, within the framework of an approach based on inclusion, consultation and dialogue, for the good of Libya, the statement concluded.