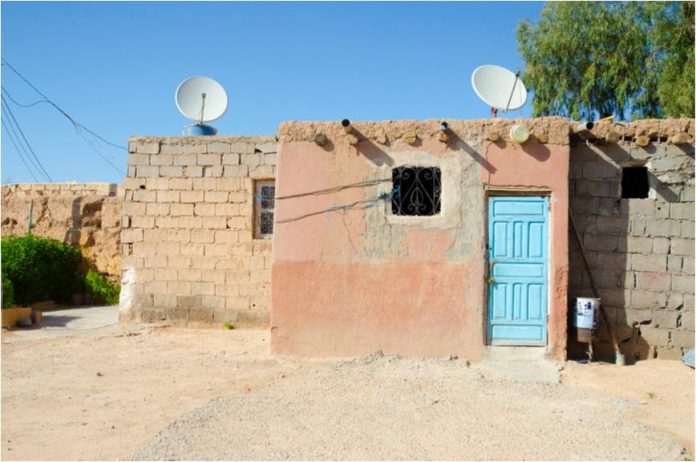 What peaked in 2011 as a series of political protests sweeping the Middle East and North Africa is today, an opportunity to celebrate and evaluate how various regimes mold their path towards democracy. A noteworthy component of these transitions includes the shifting role of the informal sector. While many countries have increased political participation, achieved macroeconomic stabilization and restored growth, millions of people remain excluded from political and economic systems.

Although in theory, democratic governance and market-based economies should extend benefits to all populations, there are several institutional structures that prevent this from happening. In other words, there are barriers to participation—in the formal political and economic systems—such as restricted access to financial opportunity, limitations on property rights, inadequate legal protection, etc. While some transitioning governments have blatantly sidelined the informal sector, others—such as Morocco— have found unique ways to leverage the informal sector as a means of socioeconomic advancement.

Informal housing reserves an all-encompassing role within the informal market, lending it a compelling topic of research. As a place of residence for low-income employees, informal dwellings keep the wheels of the city turning in many different ways. Many of these informal housing communities are the first stopping points for immigrants and rural migrants, providing the low-cost and only affordable housing that will enable them to save for their eventual absorption into urban society. Informal housing (bidonvilles, shantytowns or douar) are also places in which the vibrant mixing of different cultures frequently results in new forms of artistic expression. Out of unhealthy, crowded and often dangerous environments can emerge cultural movements and levels of solidarity unknown in the suburbs of the rich. Thus, in evaluating the policies and programs put in place by emerging democracies to address informal housing, there is opportunity for deeper understanding and discovery of the state of informality in a region.

Villes Sans Bidonvilles Program (VSBP) is an example of such a policy worth evaluating. Launched by King Mohammed VI in 2004 as part of a larger government strategy to address both supply and demand sides of the housing sector. Aiming to make 85 Moroccan cities free of slums, the VSBP is celebrated for being the first nationwide program to approach informal settlements within a much broader urban perspective.

Falling under the auspices of the Ministry of Interior and the Ministry of Habitat and Urban Planning (MHU), the program upgrades shantytowns and douar in Morocco and prioritizes the relocation of their inhabitants. The ANHI and other local public housing agencies have been merged into a financially autonomous, parastatal organization ‘Al-Omrane Group’. Working closely with the private sector, this agency is responsible for the coordination of more than eighty percent of the slum-upgrading projects.

Several facets of the VSBP distinguish it from the former initiatives of Morocco. First, the strategic engagement of semi-private and state actors has implied a unique political reorganization of the housing policies. This is largely by facilitating the entrance of governmental actors into shantytown settlements and paving the way for relocation. The Social accompaniment of the program, which grew out of debates on the social impact of slum clearance is a specific methodology designed to accompany the slum dweller through the process of moving to their new housing. This social component of the VSBP mediates between the technical operator and the local population.

Finally, the program developed new mechanisms to increase the shantytown dweller’s access to financial institutions, improve her solvency, and facilitate the purchase of a new housing unit. The FOGARIM fund, established in in 2004, permits populations with modest or volatile income to obtain a bank loan thanks to a government guarantee on maximum amount of 200,000 Dirham. Seeing that under the VSBP, the shantytown dweller is responsible for a majority of their relocation cost, the FOGARIM has created an enabling-framework for shantytown dwellers to attain housing access. With the ultimate goal of the VSBP being the eradication of informal settlements and the relocation of their population, virtually every household has the right to housing under this program.

While Morocco’s Villes sans Bidonville Program presents fundamental reforms towards harnessing a three-way interaction between the parastatal, private and public sectors, there are still opportunities for improvement. It is rightfully argued that parastatal enterprises, such as Al-Omrane, service a centralized, top-down approach to planning that quickly fails to prioritize the role of the shantytown dweller in the implementation and design of the program. Many participants of the program claim that inclusive measures were not taken as originally intended by the VSBP guidelines. This evokes the question: is Morocco ready for participatory planning to enter the gateway of housing policies?