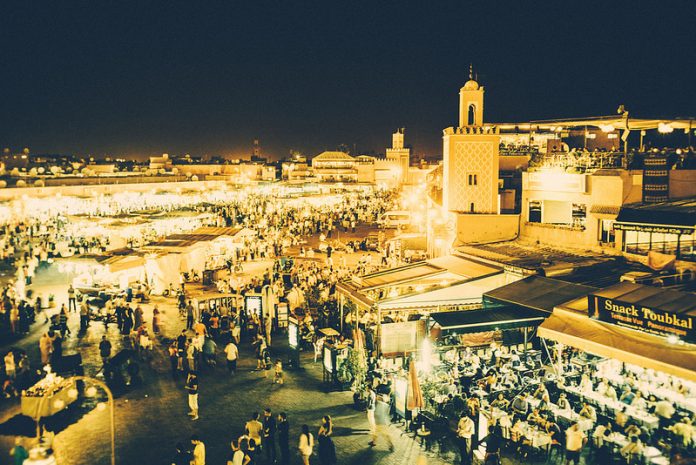 The agreement on the normalization of relations that was reached Thursday (10/12/2020 between Morocco and Israel is a slap on the face of the African Union.

This comes at a time when there has been disagreement between African countries on the issue of the re-admittance of Morocco back into the AU fold. The bone of contention has been the issue of Western Sahara. Morocco was given an ultimatum to withdraw from Western Sahara and allow the country to move towards self-determination. A demand that Morocco did not fulfill.

Israel and Morocco agreed on Thursday to normalize relations in a deal brokered by the United States, making Morocco the fourth Arab country to set aside hostilities with Israel in the past four months.

As part of the agreement, outgoing US President Donald Trump agreed to recognize Morocco’s sovereignty over Western Sahara. There has been a decades-old territorial dispute with Morocco pitted against the Algerian-backed Polisario Front, a movement that seeks to establish an independent state in the territory.

What the African Union needs to understand is that this kind of deal clearly undermines Africa’s sovereignty and unity which renders it a toothless dog in the face of the people of Africa and the international community.

What are the house niggers and servants of imperialism at the helm of the African Union (AU) going to tell the people of Africa? We said it before that the admittance of Morocco back into the AU fold before it leaves Western Sahara was not a good idea. Our cautionary note fell on deaf ears. We have even called for the expulsion of Morocco from the African Union but to no avail.

The main casualty of these so-called normalizations will be the Palestinians. They have been critical of the normalization deals, saying Arab countries have set back the cause of peace by abandoning a long-standing demand that Israel gives up land for a Palestinian state before it receives recognition. The Arabs have made a U-turn from the 2002 Arab Peace Initiative, which stipulates that normalization can only come after Israel ends its occupation of Palestinian, Arab and African lands.

Africa should not repeat the folly of the illegitimate Arab countries. Arabs are traitors and enemies unto themselves. They do not love one another; they hate themselves.

I call on Africa to dissociate from these traitors of humanity called Arabs. The leadership in the Arab world requires a complete change. They are a danger unto themselves and to their people. That is why Israel finds it easy to manipulate them and rule over them.

The imperial French anointed AU leadership that is currently at the helm of the AU needs to be sacked immediately and replaced with a more competent proudly African team. It is perhaps time to call for a reform of the African Union itself. Our continental body is not properly constituted, because if it were, these servants of imperialism would not find themselves there. There is a need to replace Faki Mahamat and his team of dishonest bigots. They are an insult to Africans and make us appear as fools in the eyes of the world. They are influenced by the heavily loaded khaki envelopes that came from Colonial France, twisting their arms to allow imperial Morocco to be readmitted into the AU fold.

By not removing Morocco from the continental body, the African Union (AU) is rendered obsolete and an appendage of the USA empire. It allows the imperial colonialist USA to decide for Africa when we are supposed to be independent and free people. This normalization project infringes on the rights of the African people of Western Sahara to determine their destiny.

The project of Africa to silence the guns by 2020 is now a pipe dream. In light of this development, it is obvious, the Polisario Front is left with no option but to continue the armed struggle. This normalization will not bring peace in that part of Africa except war. You do not need to be a rocket scientist to know that Morocco, Israel, and the USA is beating the drums of war, they want war and war they will get.

I call upon the chairperson of the African Union President Cyril Ramaphosa, to intervene by first, having a vote of no confidence and recommend sacking Faki Mahamat and his team out of office. Second, expel Morocco from the AU with immediate effect. Third, all African countries should immediately sever all diplomatic relations with Morocco and Israel and defy the machinations of the empire on the continent. Aluta Continua!