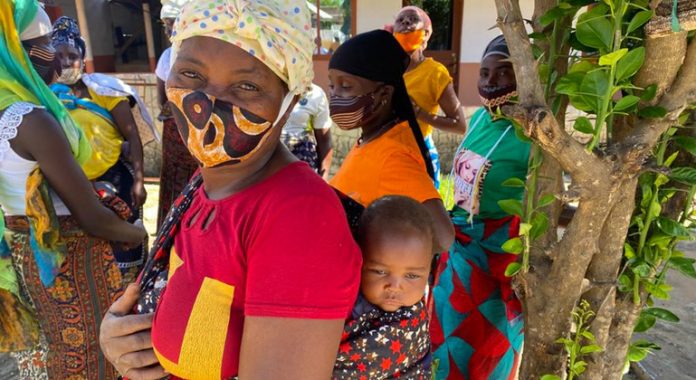 The UN refugee agency, UNHCR, reports that some 70,000 people have fled the city since 24 March, bringing overall displacement to nearly 800,000.

Mamadi and his family fled violence in northern Mozambique.

He wants to go home and live in safety. But until then, he’s making sure that his family and his grandmother have house to live in. pic.twitter.com/1cFqNJ5yMC

People have been escaping daily for districts further south, or to neighbouring Tanzania. Thousands more are reported to be stranded in areas around Palma, with restricted humanitarian access.

“Those fleeing have told UNHCR staff that the situation in Palma remains very unstable, with regular gunfire at night and torching of houses”, Spokesperson Babar Baloch said during a briefing in Geneva.

UNHCR and partners recently assisted people living in dire conditions in remote areas around Palma, distributing relief items to some 10,000 who have been displaced.

The agency continues to advocate for internally displaced people to receive protection and assistance, and for those seeking safety in Tanzania, to access asylum.

Forced back into danger

Mozambican authorities report that many people attempting to cross the river, which marks the border between the two countries, have been forcibly returned.  More than 9,600 have been pushed back since January, with 900 removals occurring over a two-day period this week.

“UNHCR reiterates its call for those fleeing the conflict to have access to territory and asylum, and, in particular, for the principle of non-refoulement (no forced return) to be respected”, said Mr. Baloch. “Refugees must not be forced back into danger.”

The UN Children’s Fund, UNICEF, said needs are enormous in Cabo Delgado, located in a region that has barely recovered from a deadly cyclone in 2019.

In the wake of the attack in Palma, some 2,000 children have no idea of the whereabouts of their parents, or even if they are alive, agency Spokesperson James Elder told journalists.

“What is happening in Cabo Delgado is a children’s crisis – an emergency on top of an emergency – a deadly cocktail from the impacts of climate change, conflict and COVID-19”, he said.

Women and children particularly require safe water and sanitation, as well as nutrition, education, physical and mental care, and protection.

“Many children have experienced deep trauma. If not addressed, it could become the ingredient for a long, protracted crisis that could quickly spill into other areas,” he warned.

UNICEF staff have reported hearing stories of alleged killings and maiming, often in ways designed to sow terror. Girls and women have suffered rape, and sexual and gender-based violence.  Unverified reports further indicate that boys have been forcibly recruited into the fighting, while girls have been abducted to serve as “wives”.

Meanwhile, over one third of health facilities have been damaged or destroyed, while more than 220 schools and multiple water systems have come under attack.  Areas where fighting has been fiercest have no functioning facilities at all.

“What is so frightening is that we do not have the full picture of what is happening to children because of security and access constraints”, Mr. Elder added.

UNICEF is working with the Mozambican government and partners to get lifesaving supplies and services to displaced children and families, and the communities now hosting them.

The agency is also strengthening community-based psychosocial support to children, and providing special therapeutic foods to at least 33,500 severely malnourished youngsters, among other action.

With needs so great, they are outpacing funds, and the agency requires some $90 million to support its operations.