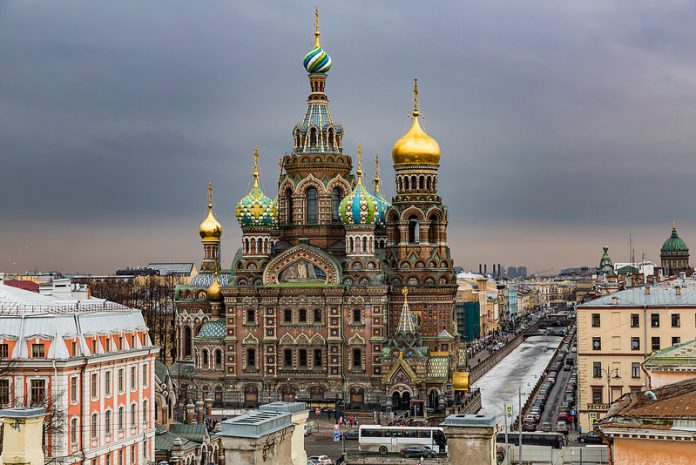 On Friday (February 16, 2018) a federal grand jury in Washington DC indicted 13 Russian nationals and a Kremlin-linked internet firm (Internet Research Agency) on charges that they meddled in the  US presidential election of 2016. The US government said Russian entities began a concerted years-long effort as early as 2014, dedicated to undermining the American political system and sow discord.

Per indictment, the Internet Research Agency had a graphics department, a data analysis department, an SEO (search-engine optimization) department, an IT department and a finance department — a fake news version of what a real newsroom would look like. It employed Russian computer specialists, divided into day teams and night teams, who created hundreds of social media accounts that eventually attracted hundreds of thousands of online followers. They posed as Christian activists, anti-immigration groups and supporters of the Black Lives Matter movement. One account posted posing as the Tennessee Republican Party and generated hundreds of thousands of followers, prosecutors said.

The indictment shows the scale of that effort – “information warfare against the United States of America”, eventually involving 80 staff in St. Petersburg, a budget of more than a million dollars a month, hundreds of social media accounts, stolen identities of American citizens — and even visits into the United States by Russians traveling under visas obtained through misrepresentation.

The U.S. Deputy Attorney General Rod Rosenstein said the indictment is “a reminder that people are not always who they appear on the Internet. The indictment alleges that the Russian conspirators want to promote social discord in the United States and undermine public confidence in democracy. We must not allow them to succeed.”

According to the 37-page indictment, the Internet Research Agency served as a hub from which the defendants and other co-conspirators used social media platforms – YouTube, Facebook, Instagram and Twitter – to “sow discord in the US political system”. Some of the defendants, posing as US citizens, also communicated with unsuspecting individuals associated with the Trump campaign and other political activists.

The charges – which include conspiracy to impair, obstruct and defeat ‘the lawful governmental functions of the United States’, wire fraud, bank fraud and aggravated identity theft – are the most direct allegations to date of illegal Russian meddling in the election. These were brought by Special Counsel Robert Mueller, who is investigating Russian interference in the 2016 election.

Mueller identified 13 digital advertisements paid for by the Russian operation. All of these attacked Mrs. Clinton or promoted Mr. Trump. “Hillary is a Satan, and her crimes and lies had proved just how evil she is,” one advertisement stated.

According to the Washington Post, the Internet Research Agency staff began tracking social media sites related to political issues back in early 2014. By early 2016, the Agency-controlled social media groups had collected hundreds of thousands of followers. It bought ads for “March for Trump” event on March 23. An April 2016 ad read: “JOIN our #HillaryClintonForPrison2016”. Two ads in May 2016 read: Ad: “Donald wants to defeat terrorism… Hillary wants to sponsor it” and “Vote Republican, vote Trump, and support the Second Amendment!”. After both Trump and Clinton clinched the nomination of their respective parties, an ad in June read: “Trump is our only hope for a better future”.

The Agency also bought Facebook ads on June 24, 2016, to promote a “Support Hillary, Save American Muslims” rally under the name of a Facebook group called “United Muslims of America”, which did not exist. On July 5, 2016 “United Muslims of America” orders posters for its rally, including one attributing a quote to Clinton: “I think Sharia Law will be a powerful new direction of freedom.” [Suffice it to state that the ad was used as a fear-mongering tactic for ordinary Americans against Islam and Ms. Clinton.] On July 9, 2016, the “Support Hillary, Save American Muslims” rally was held in D.C. On July 12, 2016, an Agency group buys a Facebook ad for a rally in New York called “Down with Hillary.” The ads in the next four months were all in support of Trump and against Clinton.

As can be seen, the Russian agency was playing groups on both sides of the politics; it also promoted bigotry against Islam to galvanize evangelical and conservative support for Trump.

One of its success stories pertains to mobilizing protesters and counter-protesters on May 21, 2016, when the two groups met in front of the Islamic Da’wah Center in Houston. One group, wearing “White Lives Matter” shirts, came to oppose the opening of a new library in the religious center. The other group, waving signs reading “Muslims are welcome here,” showed up to support the center and the community it served. The energized clash of protesters was not physically violent, but Houston police showed up to make sure it stayed that way.

Interestingly, unknown to everyone involved, both rallies were organized by the Russian agency – a group of distant internet trolls located in St. Petersburg. “What neither side could have known was that Russian trolls were encouraging both sides to battle in the streets and create division between real Americans,” said U.S. Senator Richard Burr, chairman of the Senate Intelligence Committee, in a hearing on Capitol Hill.

The coordinators of these two Facebook events were two seemingly polarized Facebook groups — one called the “Heart of Texas” with 250,000 likes, and the other titled “United Muslims of America” (UMA) with 320,000 likes. But a federal investigation into Russia’s influence on the 2016 election has linked both accounts to the same St. Petersburg troll hub.

Senator Burr said that the Russian government spent a grand total of $200 to advertise these dueling events on Facebook. Then, it seems, they let social media do the rest. It was later noted by the news media that the “Heart of Texas” organizers never showed up in the rally for “Stop Islamization of Texas” (promoted presumably by hatemongering bigots like Pamela Geller and Robert Spencer of ‘Stop Islamization of America’ or SIOA) although its call had drawn some anti-Muslim bigots to the rally. Many Houstonian also rallied in support of Muslims to show their disdain for anti-Muslim bigots. “We had a legitimate counter protest and civil rights concern,” wrote protester Chris Martin in an email to the Current. [Note: SIOA rouses public fears about a ‘vast Islamic conspiracy to destroy’ American values. The hate-group is modeled after a European organization with the same agenda, Stop Islamization of Europe (SIOE). As noted by the ADL website, their ability to cultivate relationships with other like-minded anti-Muslim bigots and organizations internationally and domestically, including radical Dutch politician Geert Wilders and David Yerushalmi, has further enabled them to reach broader audiences and expand their activity. Yerushalmi is one of the driving forces behind Shariah related conspiracy theories.]

Both the UMA and Heart of Texas Facebook groups were later shut down by Facebook. The Heart of Texas Facebook page had some 249,000 likes shortly before it was suspended. Its posts included diatribes against refugees, conspiracy theories about the death of Supreme Court justice Antonin Scalia and Islamophobic sentiment. One post called for ‘No More Mosques in America.’ Another complained: “Since when has this country turned into a liberal cesspool full of all sorts of ethnic and sexual minorities?”

On October 26, 2016, Heart of Texas raised the issue of voter fraud, warning: “There are many grounds for believing the Liberals are going to usurp power in the White House and push into it Hillary Clinton at any cost.”

Voter fraud was a topic of discussion at that time, in part because Donald Trump had raised it on the campaign trail.

The Heart of Texas Facebook page was full of stilted, ungrammatical English. One post declared: “All those in favor of gun control raise your hand.” Another: “Texas Police Is the Best,” and another, “The Election is RIGGED, the US are BROKEN.”

After the election, the Russians kept up their efforts to foment dissent in America. On November 12, 2016, they staged two rallies in New York on the same day. One had the theme, “Show your support for President-Elect Trump” while the other was called, “Trump is NOT my President.” They also organized a rally entitled “Charlotte Against Trump” in Charlotte, NC, on Nov. 19.

Lawmakers on Capitol Hill have already verified that Russian government-funded groups spent at least $100,000 on political Facebook ads preceding the presidential election. If $200 can buy you an orchestrated clash on the streets of a city like Houston thousands of miles away, imagine what they could have done with more money!

Mueller’s probe is also looking into whether members of Donald Trump’s campaign colluded with the Russian government. According to the New York Times, Mr. Trump’s eldest son met with a Russian lawyer in hopes of receiving political dirt on Mrs. Clinton; one adviser has admitted being tipped off in advance to Russian hacking of Democratic emails; another was in contact with a Twitter account used by Russian hackers; a federal judge found probable cause that a third adviser was an unlawful Russian agent. President Trump has denied there was any collusion.

Whether any of that violated federal law is the biggest question facing Mr. Mueller. While Friday’s indictment did not answer such a question, it did paint a damning picture of a Russian operation that was multipronged, well-financed and relentless.

One of those indicted is a businessman by the name of Yevgeny Prigozhin with ties to Russian President Vladimir Putin. He is an entrepreneur from St Petersburg who has been called “Putin’s chef” by Russian media. His restaurants and catering businesses have hosted the Kremlin leader’s dinners with foreign dignitaries.

Mr. Prigozhin said on Friday he was not upset about his indictment for alleged election meddling in the US, the RIA news agency reported. “The Americans are very emotional people, they see what they want to see. I have great respect for them. I am not at all upset that I am on this list. If they want to see the devil, let them,” Prigozhin is quoted as saying.

None of the defendants were arrested — Russia does not generally extradite its citizens to the United States. But prosecutors use such indictments to name and shame operatives, making it harder for them to work undetected in the future. If they travel abroad, they risk capture and extradition.

Mueller should be thanked for taking a dead aim at the central mandate in the investigation. If foreign meddling is not checked soon, I am afraid that the 2018 mid-term congressional election would also be compromised. America needs to respond fast to stop such from happening.