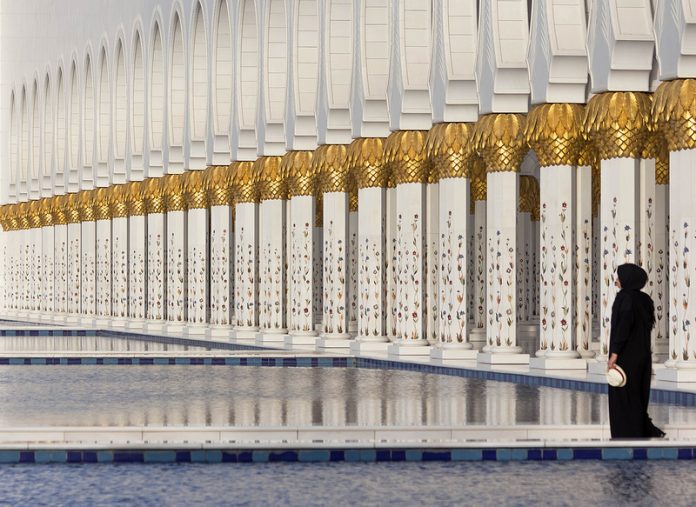 “Muslims are numerous but powerless. Divisions among Muslims, especially between Sunni and Shiites, have consigned the Muslim Middle East to almost a century of Western control…Muslim disunity has made it possible for Israel to dispossess the Palestinians, for the U.S. to invade Iraq, and for the U.S. to rule much of the region…”

Looking Beyond the Obvious Horizon – The  Besieged Arab-Muslim World

Logic fails to combat the incensed Arab authoritarianism to reason against the Western-led wars of catastrophic ends. The whole of the Arab Middle East is under destruction by design and strategic plans chalked out ages ago. The 21st-century Muslim world embodies ignorance, inept leadership and mismanagement of public governance leading to continuous despotism and degeneration where unthinkable future is a thinkable entity of the present. Nations and societies enriched with live conscience and thinking hubs enjoin consciousness to make a navigational change when faced with problematic situations of political and strategic importance. Not so, most Muslim elite act like dummies as men of the king and “the king has no clothes.”

Global politics is not fixed but a constantly changing phenomenon of life. The Arab-Muslim leaders do not comprehend the imperatives of political change. But reality will not diminish because nobody is conscious of its place. After more than sixty years of freedom from the European imperialism, societal development remained a primitive mode of tribal folklore and storytelling. The Arab Middle East faces many critical crises and no one thinks about peacemaking, humane security and conflict management. The masses are the net victims of the bogus “war on terror” generated by the US and its European allies. Millions have been victims of cold blood massacres and forcibly displaced to European lands as unwanted refugees. There are no independent public institutions aimed at a workable solution and no proactive thinking in any Arab-Muslim quarter to strive for political unity and to have coherent leadership. Leaders who cannot think intelligently or understand the nature of the current political crises, how could they lead the masses to any strategic direction?  Authoritarian Arab-Muslim leaders will sabotage the peaceful endeavors for crisis management just to escape the challenges of reality. It serves the strategic interest of the US-led war in Iraq, Syria, Yemen and Libya and soon to Saudi Arabia, dismantling of the Arab heartland by their own hands using weapons of mass destruction. There are Arab-Muslim leaders to console the masses and to provide a sense of moral and intellectual security in crises.

Coalition of the Unthinkable Warmongers

America and some of the oil-producing Arab rulers are collaborating in warmongering. They are unaware of the short-long terms consequences of warmongering to societal thinking, behaviors and future-making. Viewing the prevalent destruction of the environment, killings and displacement of the innocent civilians from Syria to Iraq, one is reminded constantly of the barbarity of the 2nd World War that Europeans imposed on one another. Now under the Trump presidency, pros and cons are shifted daily to the extremes and facts and fictions take a trivial twist in foreign policy. The recent American posture to enforce its dictum on the status of Jerusalem clearly sets the alarming prospects of a disdained future for its role in peacemaking and relationships to the larger Muslim world. America is in a grip of crises, one after another as legal and political repercussions of the continued wars against Iraq, Afghanistan, Libya, Yemen and Syria. The war mentality has not changed from Obama onward to President Trump. America moral and intellectual capital signals complete bankruptcy – development contrasting its modern history of moral and political values. Over the centuries what was evolved and built by its historical thinkers, philosophers and political leaders, has been undermined and destroyed by George Bush, Barrack Obama and now Trump just in two decades. Paul Craig Roberts (“Truth is Offensive”), provides a unique insight to American political psyche, not previously explained by other contemporary intellectuals:

“Most Americans go along with unaccountable murder, torture, and detention without evidence, which proclaims their gullibility to the entire world. There has never in history been a population as unaware as Americans. The world is amazed that an insouciant people became, if only for a short time, a superpower. The world needs intelligence and leadership in order to avoid catastrophe, but America can provide neither intelligence nor leadership. America is a lost land where nuclear weapons are in the hands of those who are concerned only with their own power. Washington is the enemy of the entire world and encompasses the largest concentration of evil on the planet.  Where is the good to rise up against the evil?”

Recall History to Change Violence by Reason and Manage Problem-Solving

Do the Arab leaders live for today and deny the implications of a sustainable future? Morally and intellectually disdained Arab-Muslim leaders are preoccupied with futile issues of the narcissism – egoistic gimmick of power. They have allowed the foreigners to wage wars and destroy the societal homogeneity and intellectual fabric. They are all part of the problem, how could they be part of the solution.

The UNO had the mandate to safeguard the humanity from the scourge of war. Yet, its role and importance has diminished to become an observer servicing the aggressors and the victims alike. The UN Security Council is tainted with inaction and failures in situations of critical crises as Syria, Iraq and Yemen – humanity crying for ‘Save our Soul.’ Are we seeing the repetition of failure of the League of Nations to embrace another dreadful war of the century?   Issuing concerns and statistical reports in situations on bloodbath warranting prompt action is not a call to reason and responsibility. Mankind needs security from sadistic bombers and killers, not opinionated condemnation statements.

The continuous sectarian barbarism of the few dictators have destroyed much of Syria, Iraq, Libya, Yemen and could well destabilize Egypt and Saudi Arabia as appears to be emerging insolvent phantom of the near future. The mental microscope of the leaders is overburdened with a sense of unreality.  The unthinkable despotic traitors are within, not elsewhere. The narcissist leaders could well undermine the larger societal interest but would not go away voluntarily.  The Arab rulers and the masses live and breathe in conflicting time zones being unable to see the rationality of people-oriented governance – the essence of Islamic system of governance.  The worst is yet to come as the wars continue, surrender to foreign forces as there are no leaders to think of the future, no Arab armies to defend the people and no sustainable socio-economic infrastructures intact to support the masses. America and European claim friendship but their actions are tainted with continuous conflicts and destruction of the Arab masses. If one looks for workable change, it is imperative to have the revival of Islamic thinking-based system of governance and moral character of leadership for accountability and to defuse violence and sectarian warmongering and replace it with reason and honest accountability to the masses.

Once in formative history, Muslim scholars and thinkers had a life of wisdom and honor and Islam imbued the moral character of superiority in wars, but not anymore. When unusual and difficult problems erupt, intelligent and competent proactive leaders are always conscious and open to listening to voices of reason for a change, reformation and societal stability. This helps all to manage a navigational change and to solve the problems. Borrowed weapons and corrupt and failed rulers do not have the capacity to extend moral and intellectual security to the besieged masses.