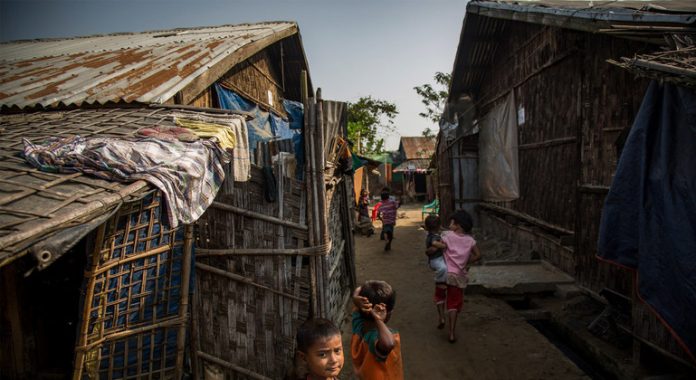 Thomas Andrews decried the mounting toll of child casualties: “Serious questions have been raised about whether these children, and growing numbers of others, are being caught in the crossfire of war, or are being deliberately targeted,” he said.

“Two five-year-old children were killed and another was wounded by artillery fire in Myebon Township two weeks ago today.”

“Impunity and human rights cannot coexist,” he added, citing the videotaped confessions of two army defectors, to massacres, rape and other crimes against Rohingya committed in August 2017, which led to an exodus of the mostly-Muslim minority across the border into Bangladesh.

Mr. Andrews urged the Government of Myanmar to cooperate with the International Criminal Court (ICC) and the Independent Investigative Mechanism for Myanmar. He also referenced the International Court of Justice (ICJ) that is assessing Myanmar’s compliance with the Convention on the Prevention and Punishment of the Crime of Genocide.

Asides from the alleged rights abuses, the Special Rapporteur also noted the tremendous challenge Myanmar faces during what is an election campaign, in dealing with the COVID-19 pandemic, calling for more international support.

HE also raised concern that the government was imposing “vague and subjective criteria” to restrict the right to freedom of expression for political candidates.

“This is not only an infringement of fundamental rights, it is also dangerous,” said Andrews, noting that news sites serving ethnic minority areas have also been ordered shut. “Information can be critical to saving lives in a pandemic and information is the heartbeat of a free and fair election.”

He also raised concerns about limitations on the right to vote in Myanmar’s upcoming elections on 8 November 2020. “The results of an election cannot accurately reflect the will of the people when the right to vote is denied because of race, ethnicity or religion,” he said.

No enfranchisement for Rohingya

“I have seen no evidence that the government is willing or prepared to facilitate the right to vote for hundreds of thousands of voting-age Rohingya, located in Rakhine State or in refugee camps in Bangladesh.”

The independent expert, a former US Congressman and Washington-based consultant, who took up his post earlier this year, presented satellite photographs of a Rohingya village – Khan Da Para, also known as Kan Kya — before and after it was attacked and destroyed in military-led “clearance operations” in August 2017, including the presence of a military installation where homes and villages once stood.

Noting Myanmar’s statement to the Human Rights Council last week that “commencement of repatriation is our priority”, Andrews asked: “But what does repatriation mean for those who once lived in Kan Kya? How can they be integrated into their place of origin when it has become a military base?

“Where is justice for those stranded in refugee camps in Bangladesh while facilities are constructed on their homeland for the same military that stands accused at the International Court of Justice for committing genocide against them?”

Special Rapporteurs are part of what is known as the Special Procedures of the Human Rights Council. They are not UN staff and work on voluntary basis, without renumeration.