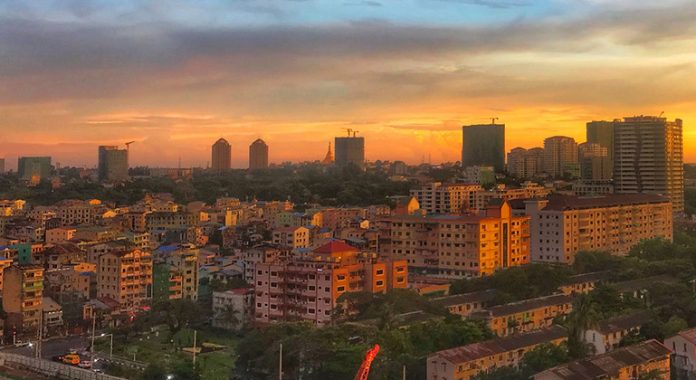 According to Stéphane Dujarric, spokesperson for Secretary-General António Guterres, many of those trapped are women, who were peacefully marching in commemoration of International Women’s Day, on Monday.

The United Nations in #Myanmar is calling for an immediate de-escalation of the situation in Sanchaung, Yangon, and to allow protestors prevented from returning home by security forces to so do safely. pic.twitter.com/eMcWOokBri

“[The Secretary-General] is following the developments in Myanmar very closely, notably in the Sanchaung district of Yangon”, Mr. Dujarric said at a press briefing at the UN Headquarters, in New York.

“He calls for maximum restraint and urges for the safe release of all without violence or arrests.”

The UN spokesperson also reiterated the call for respect of the rights to freedom of assembly and expression of the people of Myanmar as they demonstrate peacefully and express their hopes and desires for the future of their country.

According to media reports, security forces cordoned off four streets in the Sanchaung district of Yangon, blocking off the protesters from leaving.

Demonstrations in Yangon, Myanmar’s largest city, as well as other cities have townships have grown steadily since the military takeover last month and arrests of several key leaders and elected officials, including State Counsellor Aung San Suu Kyi and President Win Myint.

There have been reports of use of excessive, including lethal force, by security forces, which have led to numerous casualties.

At least 54 people have been killed in protests, hundreds more wounded, and over 1,700 arbitrarily arrested and detained, according to the UN human rights office (OHCHR). Children are among those who lost their lives.

Earlier in the day, OHCHR also voiced “deep concerns” over the fate of the approximately 200 protesters, including women, who may be at risk of arrest or ill treatment.

“We urge the police to immediately allow them to leave safely and without reprisals”, the office said in a tweet.

The UN office in Myanmar also called for an “immediate de-escalation of the situation”, and urged the security forces to allow protestors to return home safely.

Separately, UN humanitarian staff report that the situation in Myanmar “remains dire” and that aid operations have been disrupted by the military coup, UN spokesperson Dujarric said.

Across the south-east Asian nation, more than 1 million people – identified at the beginning of the year as needing assistance, including more than 350,000 internally displaced people – still need help.

“Our humanitarian partners across the country are making all efforts to resume life-saving activities but the operating environment remains difficult,” Mr. Dujarric said.

“There are continued disruptions to communication, transportation and supply chains, as well as shortages of cash for operations due to limitations. Banking services and market prices in some areas are rising as a result.”

There are also concerns that COVID-19 testing capacities and vaccination planning have also been severely impacted, the spokesperson added.