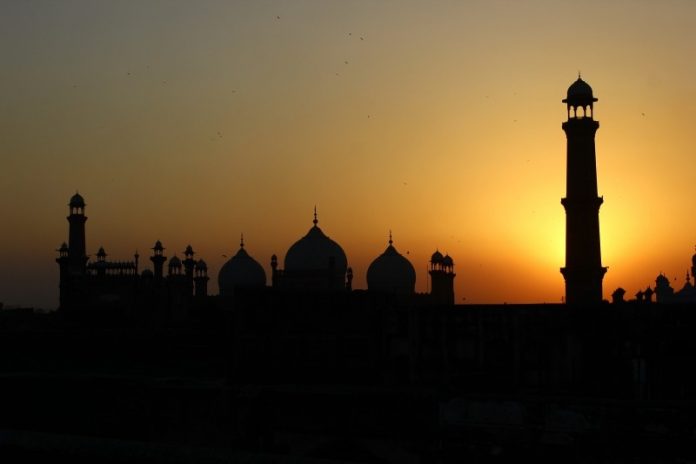 Unlike the rest of the country, Pakistan’s capital city Islamabad is well planned. Since it was built from scratch, there was time to prepare a master plan. It has wide roads and broad boulevards but it would be wrong to assume that all is well. Parts of Islamabad are beginning to acquire the same scruffy look that characterizes other cities across the country. Traffic is just as chaotic and piles of rubbish with the ubiquitous plastic bags litter large parts of the city. It seems most Pakistanis lack basic civic sense. The rubbish they produce is someone else’s responsibility to clean up.

But, first things first: there is a new government in power. The new official mantra is Tabdili (change). The only Tabdili people have seen is an increase in the price of goods. The new government was forced to increase the price of gas, petrol, and electricity. This has had a chain reaction starting with a precipitous fall in the value of the rupee vis-à-vis the US dollar. Not only has the price of imported goods (petrol, for instance) gone up but also that of homegrown produce such as onions, potatoes, fruit, lentils, and flour. When people ask why prices have gone up, they get a standard reply: “the dollar has gone up in value!”

Prime Minister Imran Khan and his Pakistan Tehrik-e Insaf (PTI) led government has inherited an economic mess. The mega-thieves that ruled Pakistan over the previous 30 years have robbed the country and stolen hundreds of billions of dollars of its wealth. This wealth has been stashed away in numbered Swiss accounts or used to buy luxury properties in such places as Britain, France, the US, and perhaps even Canada. The crooks had devised elaborate schemes to hide their fingerprints. One involved using the ID cards of poor people and opening bank accounts in their names. Tens of pushcart vendors’ names have surfaced with billions of rupees in their accounts. These poor people have never seen even 100,000 rupees in their life, much less billions. This was one of the schemes used by Asif Ali Zardari, former president — yes, this blighter made it to the highest office in the land — and husband of slain former Prime Minister Benazir Bhutto. She was a darling of the West but no less crooked than her thieving husband.

It is, however, the Sharif brothers and their poisoned offspring that have done the greatest damage to Pakistan. Their cases are before special courts even while they proclaim innocence. The family patriarch, Muhammad Sharif had started as a small-time scrap metal dealer. He gained notoriety for buying steel pegs stolen from railway tracks (these pegs are used to secure the wooden planks on which the railway track is anchored!). From these humble beginnings, the family went on to become mega-industrialists, not because of any business acumen but by indulging in massive theft of state resources. They have now acquired global holdings and are multi-billionaires.

There is a simple way to deal with these crooks: hang them in public as happened in Iran after the Islamic Revolution in 1979. China has also dealt with its own corrupt people by shooting them in the head. It has gone a step further: culprits are first charged the price of the bullet! Pakistan, however, is not a revolutionary country. Despite claims of a Naya (New) Pakistan, things are pretty much the same as before.

Take the case of the judiciary. There is an activist chief justice (about to retire) who has made a habit of inspecting hospitals, schools, colleges, government offices, etc. He has even established a fund to build the Bhasha Diamer dam and sought donations. Chief Justice Saqib Nisar has also commented on the government’s performance or lack thereof.

While all the things the honorable chief justice has done are admirable, the question is: why is he indulging in such activities? Should he not concentrate on his own job? The judiciary is in a mess; there are hundreds of thousands of cases pending in courts that need urgent attention. The lawyers and most judges are corrupt. The chief justice would be better advised to concentrate on his own department to sort out the mess there and refrain from other activities. He comes across not as head of the judiciary but as a politician on a campaign trail. If the honorable chief justice is interested in politics, he is welcome to join the fray after he retires from the bench. Until then, he should confine himself to matters judicial.

The chief justice is not alone in indulging in extracurricular activities. This is a common disease in Pakistan. Almost everyone indulges in everyone else’s work; few concentrate on fulfilling their own responsibilities. Not surprisingly, little useful gets done. For an average person, it is not what the chief justice, the prime minister or the army chief says or does, his bottom line is how much more he has to pay for the bare necessities of life.

Welcome to Naya Pakistan where things remain pretty much the same!