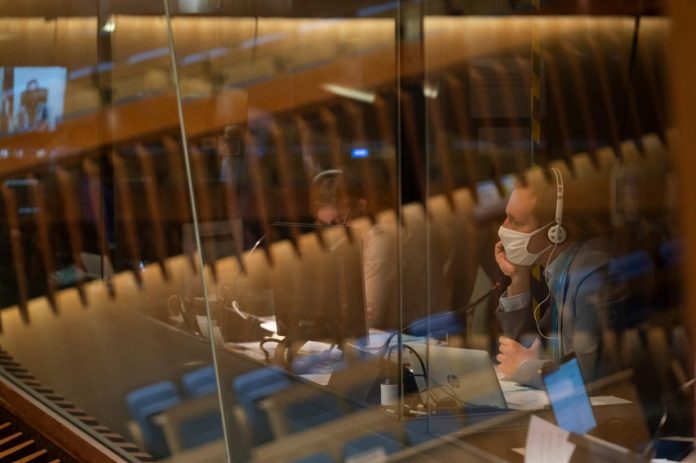 The World Health Organization (WHO) and Sanofi – one of the world’s leading pharmaceutical companies – have signed a new agreement for donations of medicines to sustain specific efforts to eliminate neglected tropical diseases (NTDs).

“This decades-long collaboration exemplifies a successful public–private partnership that has created meaningful impact in several countries and has brought sleeping sickness closer to elimination,” said Dr Tedros Adhanom Ghebreyesus, WHO Director-General. “In a world severely disrupted by the current pandemic, Sanofi’s renewed commitment and support to end this disease will immensely benefit and improve the lives of marginalized populations.”

Under the new five-year US$ 25 million agreement (2021–2025), Sanofi will support WHO’s global programme for elimination of human African trypanosomiasis (sleeping sickness), leishmaniasis, control and prevention of Chagas disease and integrated control of the skin NTDs.1

“Sanofi has been collaborating for 20 years with the World Health Organization in the fight against neglected tropical diseases (NTDs). The renewal of this collaboration today speaks volumes about our longstanding engagement in global health” indicated Paul Hudson, CEO Sanofi. “We also welcome the recent endorsement of the new NTDs roadmap by the World Health Assembly. Sanofi is committed to further contribute to the elimination of sleeping sickness, including advancing research and development for vulnerable communities exposed to the disease.”

Beyond elimination of human African trypanosomiasis as a public health problem

Sanofi’s commitment to eliminate sleeping sickness has been unfaltering. At the turn of the century, when thousands of cases were detected annually, the company supported investments in research and development of new medicines.

With the donation of medicines, combined with work of motivated health care workers, the number of sleeping sickness cases has decreased from 33 000 in 2000 to fewer than 1000 in 2019, eclipsing the original target of elimination as a public health problem by 2020.2

The recent addition of fexinidazole – an oral treatment for sleeping sickness, has been largely supported by Sanofi and the Drugs for Neglected Diseases initiative. This has boosted the more ambitious prospects of interruption of transmission by 2030, even more so as Sanofi continues its investment in improving therapeutic tools with the development of new medicines such as acoziborole, currently under advanced clinical trials

The agreement signed during a virtual meeting between Dr Tedros and Mr Paul Hudson, Chief Executive Officer of Sanofi on 10 December 2020, will enable WHO to coordinate the delivery of donated medicines. Under this new agreement, funding will also be earmarked for in-country capacity-strengthening and training of health workers, improved epidemiological surveillance, and renewed efforts for case-finding and treatment for several diseases, including leishmaniasis, Chagas disease and the skin NTDs.

Collaboration between WHO and Sanofi started in 2001 when the company, then known as Aventis Pharma, committed US$ 25 million to support the control and prevention of sleeping sickness, initially for a period of 5 years.

The agreement was renewed in 2006 and included support for other NTDs such as Buruli ulcer, Chagas disease, leishmaniasis and yaws. Subsequently, it was renewed every 5 years. Since 2001 and with this new commitment, Sanofi’s in-kind and in-cash support is reaching US$ 125 million.

1 Of the 20 NTDs, more than half present with skin manifestations and are associated with long-term disability, stigmatization and mental health problems. These include Buruli ulcer, cutaneous leishmaniasis, leprosy, mycetoma, yaws, onchocerciasis, lymphatic filariasis and scabies. All these diseases require similar detection and case-management approaches.

2 Elimination as a public health problem is defined by achieving measurable global targets set by WHO in relation to a specific disease. When reached, continued actions should continue to maintain the targets and/or to advance the interruption of transmission.