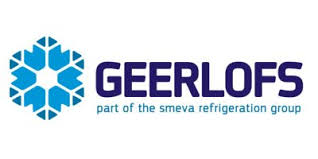 The Ambassador of Uzbekistan to the Benelux countries held online negotiations with the Export Manager of the Netherlands company Geerlofs, Pieter Jan Robbemont, during which the parties discussed the development of cooperation in modern technologies for fruit freezing.

The company, founded in 1933, supplies cold stores and freezer stores for fresh produce worldwide. It works in market segments like horticulture, agriculture and food processing. Geerlofs has offices and representations in the Netherlands, Kenya, Ethiopia, Singapore, Uzbekistan, North Macedonia, Morocco and Mongolia, agents and customers in many other countries.

The company has been operating in Uzbekistan since 2014. Over 6 years of cooperation with Uzbek partners, 9 major projects for installation of cold stores in Samarkand, Tashkent and Fergana regions were implemented.

Currently, Geerlofs is implementing a project for building cold stores in Kuva district of Fergana region.

Following the talks, an agreement was reached to continue discussing the possibilities of implementing new projects in the regions of the country, to organize trainings and webinars for Uzbekistan farmers.