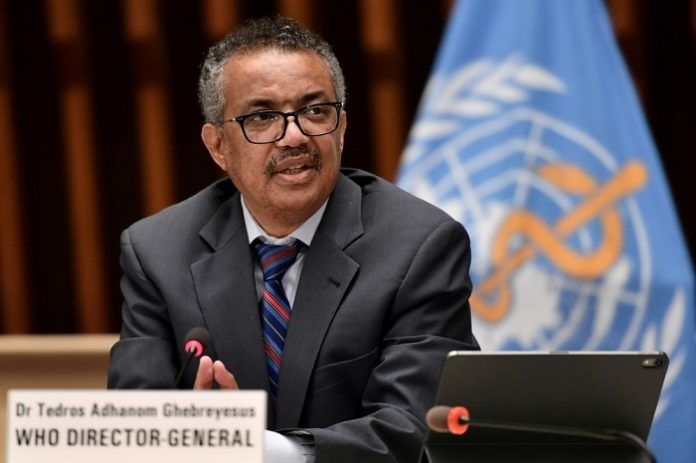 Geneva (UNA-OIC) – The World Health Organization (WHO) said on Monday that while the number of new COVID-19 cases reported to the agency has now declined for seven weeks in a row, deaths are not falling as quickly.

“Globally, the number of new cases of COVID-19 reported to WHO has now declined for 7 weeks in a row, which is the longest sequence of weekly declines during the pandemic so far,” WHO Director-General Tedros Adhanom Ghebreyesus said in his opening remarks at the media briefing on COVID-19 in Geneva.

“While weekly cases are at their lowest since February, deaths are not falling as quickly. The number of deaths reported last week was similar to the previous week,” he added.

The global decline masks a worrying increase in cases and deaths in many countries, Tedros said, pointing out that the steep increase in Africa is especially concerning because it is the region with the least access to vaccines, diagnostics and oxygen.

He cited a recent study in the Lancet showing Africa with the highest global mortality rate among critically ill COVID-19 patients, despite having fewer reported cases than most other regions.

The WHO chief welcomed the support expressed by the leaders of the G7 countries for the UN health agency and their announcement to donate 870 million vaccine doses through COVAX.

He said while those donations would be a big help, the world needed more vaccines, and faster, stressing that to end the pandemic, the shared goal must be to vaccinate at least 70 percent of the world’s population in the next year. That will make 11 billion doses of vaccine.

Tedros affirmed that public health and social measures are effective against all variants. However, he said, the emergence of more transmissible variants means these measures may need to be more stringent and applied for longer, in areas where vaccination rates remain low.