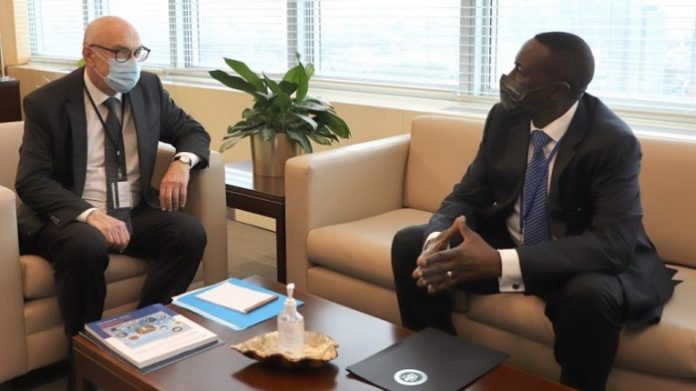 New York (UNA-OIC) – Nigerian National Security Adviser Major General (Retd) Babagana Monguno has solicited the support of the United Nations Office of Counter-Terrorism (UNOCT) to tackle the scourge of terrorism and violent extremism in Nigeria and the West African sub-region.

Monguno told the News Agency of Nigeria (NAN) in New York that Nigeria and the sub-region needed the international community to support and sustain the country’s efforts in the fight against terrorism and insurgency. He also expressed Nigeria’s readiness to collaborate with UNOCT in rendering humanitarian support for victims of terrorism in Nigeria’s North-East.

The Nigerian official said his country has had a long working relationship with UNOCT and would continue to partner with it to combat terrorism in the country and the sub-region.

NAN reports that the national security adviser held a closed-door meeting with UNOCT Under-Secretary-General Vladimir Voronkov, on the margins of the ongoing 76th session of the UN General Assembly.

“The focus of my discussion with the Under-Secretary-General of UNOCT was mainly to look at current and emerging issues on counter-terrorism and extreme violence,” Monguno said.

“I discussed the need for us to look at new challenges in a more comprehensive manner, especially looking at the non-kinetic aspects of fighting terrorism and violent extremism.

“These are no longer solely Nigeria issue but a completely regional problem.

“I also told him that Niger, Cameroon, Chad had their own inherent peculiar problems, which is capable of slowing their progress with us in the Multinational Joint Task Force,’’ the security adviser said, stressing the need to look at ways to involve all the countries across the globe in dealing with terrorism, particularly in a non-kinetic manner.