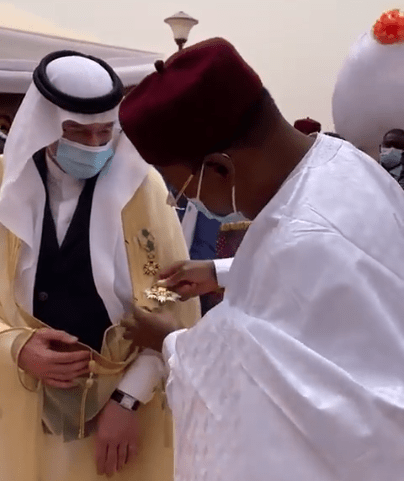 The tribute comes in recognition of the Secretary-General’s efforts in leading the OIC and serving the issues of the Islamic world, in addition to his role in supporting the OIC African Member Countries.

It is noteworthy that Al-Othaimeen arrived in the West African nation on Sunday, where he participated in the inauguration ceremony of King Abdullah City at the Girls’ Campus of the Islamic University of Niger (IUN).