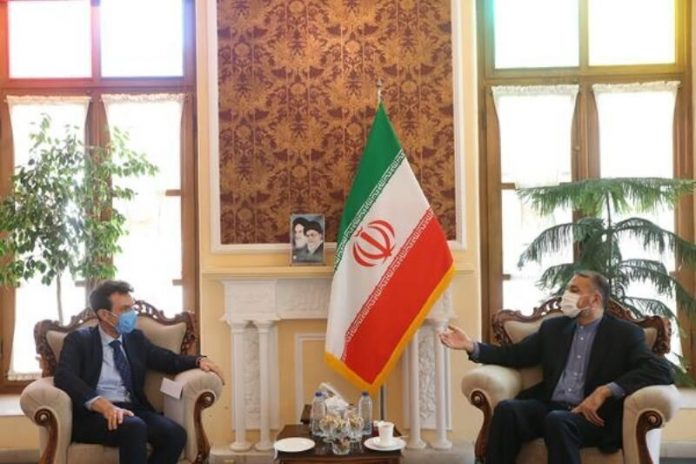 In a meeting with the Italian ambassador to Iran Giuseppe Perrone late on Thursday, he referred to historic and cultural relations between the two countries, saying that the Iranian parliament welcomes boosting parliamentary exchanges with Italy.

Describing intensification of the US sanctions against Iran as a failed economic terrorism, Amir Abdollahian said, “No doubt, we will overcome the new sanctions with power and relying on the huge capabilities of the country and the great people of Iran, but Europe must find ways not to lose chance of active economic cooperation with Iran.”

Unfortunately, Europe’s fear of US unilateralism has led to the loss of golden opportunities for economic cooperation with Iran, he said.

While frightening Europe from trade with Iranians by taking arbitrary and contradictory steps in international law, US President Donald Trump is pushing for a moment to negotiate and deal with Iran, Iranian official said.

Describing the US, Zionist regime and Saudi Arabia’s unconstructive behavior as a source of tension and instability in the region, Amir Abdollahian said that the US openly support for terrorist groups and interference in regional affairs have exacerbated the crisis.

Italian ambassador, for his part, said that Italy is determined to maintain coherent, historic and deep-rooted relations with the Islamic Republic of Iran.

He also hailed Tehran’s role in fighting terrorism in the region and highlighted significance of continued cooperation between the two countries.

Parliamentary friendly relations play an important role in strengthening bilateral relations, and Italy has always welcomed interaction in relations with Iran, he said.