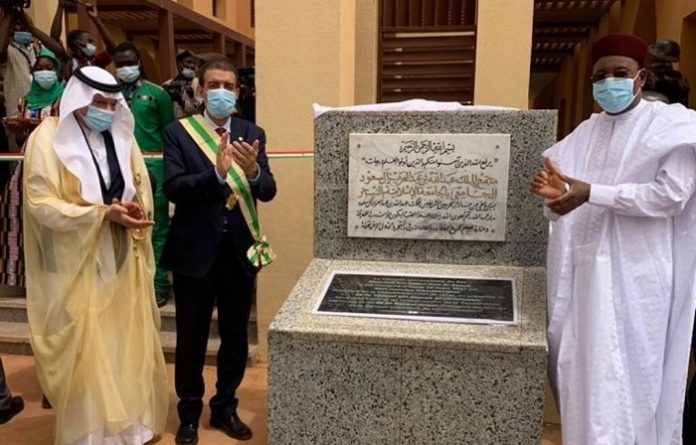 Niamey (UNA-OIC) – Secretary-General of the Organization of Islamic Cooperation (OIC) Dr. Yousef bin Ahmed Al-Othaimeen on Monday took part in the ceremony marking the inauguration of King Abdullah City at the Girls’ Campus of the Islamic University of Niger (IUN).

The event was held under the patronage of Niger’s President Mahamadou Issoufou, the current chair of the OIC Council of Foreign Ministers (CFM).

Speaking on the occasion, Al-Othaimeen said that the ceremony was yet another confirmation of Saudi Arabia’s outstanding role in the Muslim world history, under the sound leadership of Custodian of the Two Holy Mosques King Salman, and Crown Prince Mohammed bin Salman.

The inaugural event, he added, was a tribute to the generous spirit of late King Abdullah bin Abdulaziz Al Saud who unsparingly donated to the establishment of this new campus.

The Secretary-General also placed on record the contribution made by the Islamic Solidarity Fund (ISF) and the Islamic Development Bank Group (IsDB). He pointed out that the two OIC institutions played an important role in ensuring the timely completion of the project.

The Islamic University of Niger will evolve in the coming years into a full-fledged higher education institution offering Western African girls access to the state-of-the-art S&T facilities and equipment for greater contribution to their socioeconomic community development, he concluded.