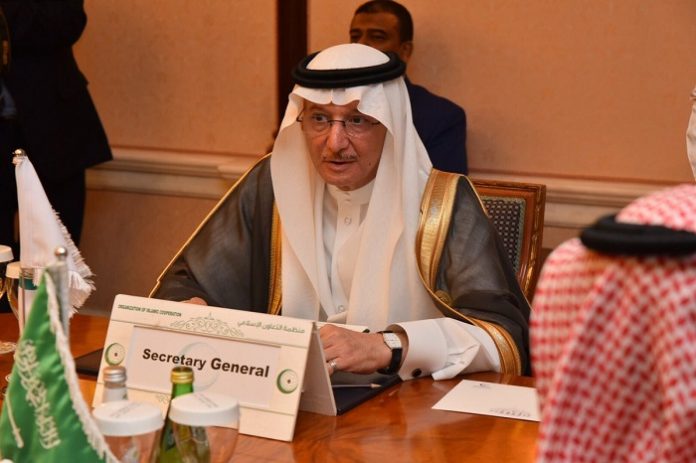 Jeddah (UNA-OIC) – On World Refugee Day, Secretary-General of the Organization of Islamic Cooperation (OIC) Dr. Yousef bin Ahmed Al-Othaimeen expressed solidarity and support for this group of people forced to leave their homes due to difficult humanitarian and social conditions caused by wars, conflicts, and natural disasters.

Al-Othaimeen indicated that the celebration of this year’s World Refugee Day comes more than a year after the COVID-19 outbreak adversely affected the economic and social situation of the whole world. Still, the bleak repercussions of the pandemic further exacerbated the fragile conditions of the refugees in overcrowded camps, which calls for intensifying, continuing, and coordinating efforts to mitigate these effects and provide the refugees with the necessary vaccinations without discrimination and exclusion.

The Secretary-General praised the contribution of OIC Member States in hosting refugees and the continued commitment to protecting them as an Islamic and humanitarian duty dictated by the tolerant teachings of Islam and relevant national and international laws. He called on the international community to provide the necessary assistance to the Member States hosting refugees as per the principles of just partnership.

Al-Othaimeen stressed the need for concerted efforts to address the roots of the refugee crisis in the Islamic world in all its political, social, and humanitarian dimensions, especially its impact on women and children. He noted the OIC’s commitment to coordination and cooperation with relevant international and regional organizations, especially the United Nations High Commissioner for Refugees (UNHCR).

On the other hand, the OIC chief highly valued the critical role of the United Nations Relief and Works Agency for Palestine Refugees in the Near East (UNRWA) in alleviating the suffering of Palestinian refugees. He called on the international community and the member states to keep on providing support to UNRWA to enable it to continue its basic services to Palestinian refugees until the right of return to their homeland is achieved, in accordance with international legitimacy resolutions.

World Refugee Day was held globally for the first time on 20 June 2001, commemorating the 50th anniversary of the 1951 Convention relating to the Status of Refugees. It was originally known as Africa Refugee Day, before the UN General Assembly officially designated it as an international day in December 2000.