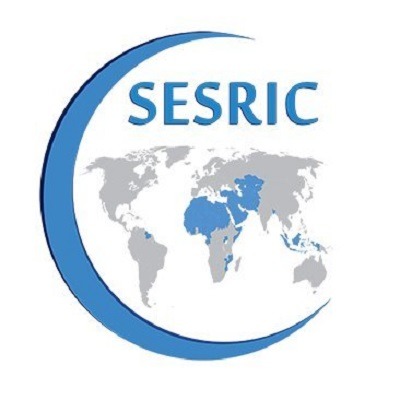 Ankara (UNA-OIC) – The Statistical, Economic and Social Research and Training Centre for Islamic Countries (SESRIC) prepared the OIC Women and Development Report 2021 with the theme of “Progress towards the implementation of the OIC Plan of Action for the Advancement of Women (OPAAW)” as a technical background document for the 8th Ministerial Conference on Women, to be held on July 06-08 in Cairo, Egypt.

The 2021 edition of the report presents a comparative analysis of the status of women in OIC member states in line with the OPAAW objectives and assesses their performance towards the implementation of the plan based on member states’ responses to the ‘OPAAW Implementation Survey 2019’. The report also provides a number of success stories and best practices to highlight the policy experiences of selected OIC countries towards the advancement of women.

According to the main findings of the report, OIC member states have made significant strides in addressing gender disparities in numerous sectors over the last decade. By effectively formulating and implementing a number of regulations, policies, and practices, 36 OIC countries reduced gender inequalities between 2010 and 2018, according to the Gender Development Index (GDI) scores that measure the gender gaps in health, education, and living standards. In addition, in OIC countries, on average, women have become more prevalent in labor markets and decision-making bodies, as well as in politics such as the share of women in parliaments increased by 4.6 percentage points between 2010 and 2019.

Yet, there are still many areas of concern that need further improvements to mitigate challenges faced by women and empower them. For instance, 36 percent of women residing in OIC member states experienced some form of gender-based violence in their lifetime while this ratio averaged at 29 percent at the global level. Similarly, child marriages, on average, were also more prevalent in the OIC group (16.6 percent) as compared to the world average (11.8 percent) in 2019.

The report also highlights that, in addition to existing challenges faced by women, the outbreak of the COVID-19 pandemic has also had several adverse effects on women (e.g. lost income, increased incidents of violence at home) that aggravate existing gender inequalities in many member countries, marking a need for additional measures to protect and empower women.

The detailed analysis of the ‘OPAAW Implementation Survey 2019’ in the report also reveals a number of key messages. The survey results show that respondent 27 OIC member countries have implemented a considerable number of measures that vary in nature and scope in various towards the implementation of OPAAW and improve the status of women in their respective countries.

The responses demonstrate that the level of progress was highest in the area of women’s health, followed by education, participation in decision-making, social protection, protection from violence, women’s economic empowerment, and lastly, the status of women in crises. More than half of the respondent countries also reported that they had best practices that they were willing to share with other member countries in the domains of education, economic empowerment, social protection, and protection from violence that can enhance intra-OIC cooperation.

In the end, the report provides a set of policy recommendations on how to address persisting challenges faced by women in socio-economic life, increase their contribution to the development of their respective societies and further the implementation of the OPAAW by enhancing the intra-OIC cooperation such as through better utilizing existing programs offered by relevant OIC institutions.