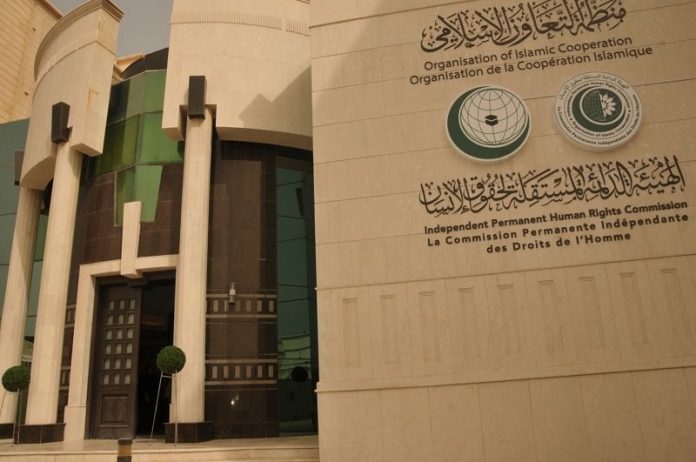 The gruesome footage of ghoulish stomping by a journalist over the body of a Muslim villager in Assam, who was killed by Police at a point-blank range, has shook the world for its sheer insensitivity, depravity and impunity. Ironically, the Muslim villagers were peacefully protesting the forced eviction from their lands that the government wants to give to Hindus.

IPHRC strongly condemns the rising wave of Islamophobia, hate speech and hate crimes motivated by the Hindu supremacist ‘Hindutva’ ideology with tacit complicity of the Bhartiya Janata Party (BJP) led Indian Government. In Assam, Muslims are subjected to a highly discriminatory ‘citizen verification’ drive in which nearly two million people, mainly Muslims, have been disenfranchised in the same manner as the mass disenfranchisement of the Rohingya Muslims in Myanmar.

Similar measures are also being contemplated in the neighboring states of Bihar and Bengal. The introduction of laws against “love jihad”, anti-conversion law in India’s most populous state Uttar Pradesh, misuse of regulations against the slaughter of cows and open calls for boycott of Muslim businesses are stoking religious divide, dehumanizing Muslims and encouraging vigilantism by the Hindu extremist groups are telltale signs of an impending genocide, the Commission added.

The Commission welcomes the unequivocal condemnation and outrage expressed by the OIC, international human rights community, and even various progressive voices within India over the hate-mongering and violence carried out against Muslims which violate the right of minorities ‘to enjoy their own culture, and to profess and practice their own religion’ as provided in ICCPR Art. 27.

The Commission reiterates that in present times, xenophobia and hate crimes have become an epidemic, which seriously threatens the coexistence among local communities and undermines the values of multiculturalism in modern societies.

The ultra-right-wing political parties and extreme nationalists are using hate speech to demonize and promote discrimination against minorities for narrow political gains, which often leads to violence against targeted groups, while seriously undermining the socio-cultural foundations of their respective societies, it added.

IPHRC concluded that such majoritarian rhetoric and discriminatory measures in India against Muslims are contrary to the ideals of pluralism, counterproductive to societal cohesion and clear manifestations of Islamophobia. It, accordingly, urged the Indian Government to fulfill its international human rights obligations by ensuring the safety and security of the Muslims, protecting the rights of its Muslim minority to practice their religion, free from any coercion or discrimination and bringing to justice the perpetrators of the heinous hate crimes without impunity.

The Commission also urged the (a) Muslim community and human rights organizations within India to exhaust all available domestic remedies including domestic courts for redress of grievances and repeal of discriminatory laws and sensitize media for creating awareness; and (b) international community to engage with Indian authorities to ensure accountability of those involved in violence, hate speech, incitement to hatred and populist propaganda against Muslims in accordance with the international human rights law.