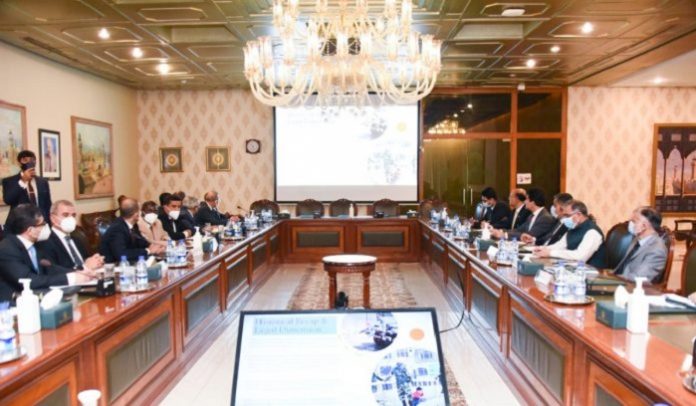 Islamabad (UNA-OIC) – A twelve-member delegation of the Independent Permanent Human Rights Commission (IPHRC) of the Organization of Islamic Cooperation (OIC) on Thursday underscored the need to immediately improve human rights situation in the Indian occupied Jammu and Kashmir.

“The OIC IPHRC delegation particularly underscored the need to immediately improve the human rights situation in the territory under Indian occupation and just resolution of Jammu & Kashmir dispute in accordance with UNSC Resolutions,” the Foreign Secretary of Pakistan said.

In a briefing held by Foreign Secretary Sohail Mahmood at the Ministry of Foreign Affairs in Islamabad, the delegation called for a just resolution of the Jammu and Kashmir dispute in accordance with the UN Security Council resolutions.

Mahmood briefed the delegation on the deteriorating situation in the Indian illegally occupied Jammu and Kashmir (IIOJK). He also highlighted the legal and humanitarian as well as peace and security dimensions of the lingering Jammu and Kashmir dispute.

The visit of the IPHRC delegation from 4 to 9 August coincides with the completion of two years of India’s illegal steps of 5 August 2019, which it had taken in flagrant violation of UN Security Council resolutions on the Jammu and Kashmir dispute.

The visit is part of IPHRC’s mandate to monitor the deteriorating humanitarian and human rights situation in IIOJK, especially as a result of the spate of Indian illegal actions since 5 August 2019.

“The visit would be significant in drawing international attention towards the urgent need to address the egregious human rights situation in IIOJK and for a peaceful resolution in accordance with the UNSC resolutions and the wishes of the Kashmiri people,” the Foreign Office said.

The Commission was mandated by the 13th Islamic Summit and the 42nd Session of the OIC Council of Foreign Ministers (CFM) to monitor the human rights violations in IIOJK and submit regular reports.

IPHRC, at its 17th regular session held in March 2021, regretted the lack of response from the Indian government on a fact-finding visit to IIOJK. Accordingly, the Commission decided to undertake a visit to Azad Jammu and Kashmir for an impact assessment.

Consistent with its mandate, IPHRC has been expressing concern about the human rights situation in IIOJK.

IPHRC, a statutory body of the Organization of Islamic Cooperation, conducted its first visit to Pakistan and AJK in March 2017. It submitted a detailed report on the state of human rights violations in IIOJK to the 44th Session of OIC-CFM in July 2017.