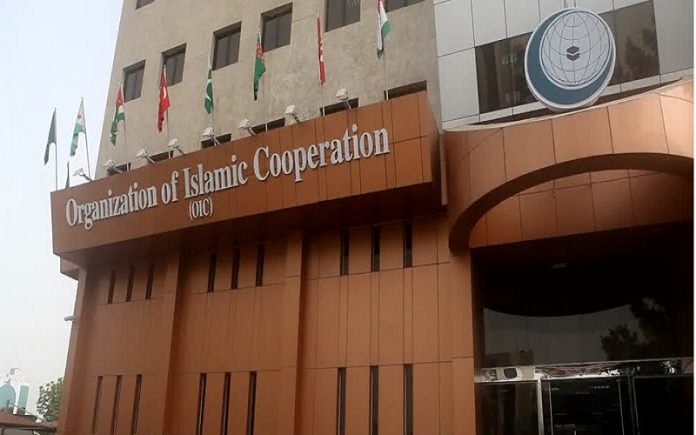 Jeddah (UNA-OIC) – As part of the efforts of the Organization of Islamic Cooperation (OIC) to deal with the file of Muslim communities and societies in non-member states and defend their identity and rights, the OIC Ad Hoc Ministerial Committee on Accountability for Human Rights Violations against the Rohingya is set to hold a virtual meeting today.

This meeting will follow up on the case filed against Myanmar at the International Court of Justice (ICJ).

It is noteworthy that the OIC, since its inception, has accorded profound attention to the escalation of the phenomenon of Islamophobia, as the situation of Muslim societies in non-Member States has remained on its agenda. The OIC Charter stipulated the establishment of a special department for minority affairs to follow up on the developments in those societies, inform states of the same, issue appropriate statements, and address states on the measures they should take to preserve the rights of Muslims, protect their beliefs, and maintain the inviolability of their beliefs and symbols. The General Secretariat, through the Islamophobia Observatory, issues periodic reports on the state of the phenomenon and makes appropriate recommendations to Member States in the OIC Conferences of Foreign Ministers (CFM). It also publishes its reports on the OIC website in the three official languages.

The worrying trend of Islamophobia is on the rise, not only in Western countries, but also in many other parts of the world largely due to several identified factors, including the growing ideologies of the far-right, refugee crises, immigration, misperceptions among followers of different religions, and provocative discourse by some media outlets. In reaction, there is extremist discourse and violent behaviors by some extremist Islamist groups, which have led to heinous crimes in the name of Islam thus creating a reverse symbiotic link between the phenomena of terrorism and extremism on the one hand, and Islamophobia on the other.

The OIC has undertaken a prominent role in several critical issues caused by Islamophobia. It condemned and adopted resolutions at the ministerial level regarding the armed attack on the Al-Noor and Linwood mosques in Christchurch, New Zealand, sent a high-ranking delegation to attend the memorial service of the Muslim victims there, and maintained its interest in this issue on all levels. It also addressed the countries in which some far-right extremists burned copies of the Noble Qur’an and condemned the re-publication of the offensive cartoons of Prophet Muhammad (SAWS). The OIC’s approach has always tried to win rational political and religious leaders in those countries rather than antagonizing them believing that facing this phenomenon requires international cooperation, not individual populist stances that would harm Muslims in non-Member States.

Being aware of the growing phenomenon, the General Secretariat has continued to take many measures at the level of Muslim Minorities Section, the Islamophobia Observatory, the Voice of Wisdom Center, the International Islamic Fiqh Academy (IIFA), and the Independent Permanent Human Rights Commission (IPHRC), including but not limited to the following: