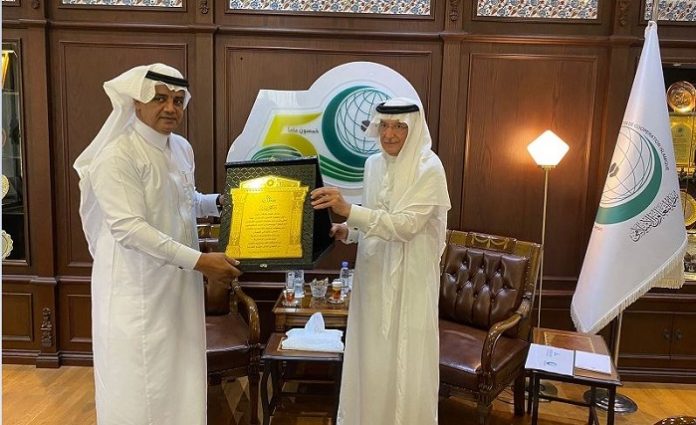 The meeting discussed the Union’s vision in the coming years, which revolves around its role as a major media platform for member states, and the advancement of the media industry, based on Islamic and media values ​​that encourage transparency, credibility and tolerance.

The Secretary-General appreciated the Union’s role in fostering media relations among OIC Member States, as well as in strengthening professional links between media workers.

Al-Yami presented a Commemorative Shield to Al-Othaimeen in recognition of his great efforts to serve joint Islamic action throughout his tenure as OIC Secretary-General.