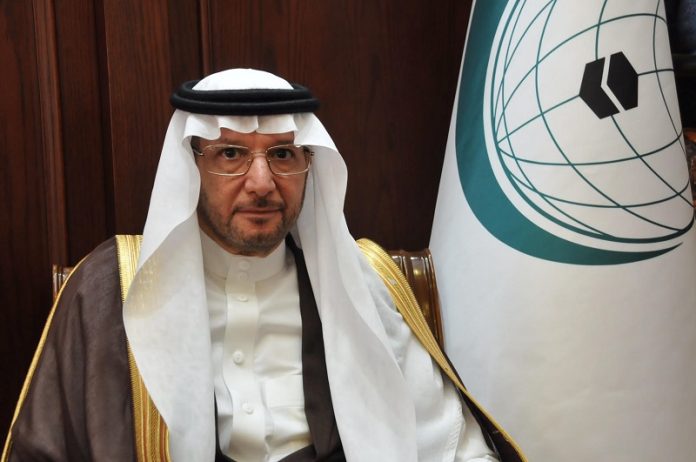 Jeddah (UNA-OIC) – Secretary General of the Organization of Islamic Cooperation (OIC) Dr. Yousef bin Ahmed Al-Othaimeen called on all Afghan parties to seize the historic opportunity to pursue and foster dialogue, put an immediate end to fighting and violence and to work for reconciliation and durable peace.

Al-Othaimeen made the remarks in a statement delivered virtually at the “2020 Afghanistan Conference”, a ministerial pledging conference held in Geneva and co-hosted by the Government of the Islamic Republic of Afghanistan, the Government of Finland and the United Nations on 23-24 November.

The Secretary General recalled the support extended by the OIC institutions and member states to contribute to the efforts to push forward the peace process in Afghanistan. He renewed the firm commitment of the Organization to assist the Afghan people in their efforts to achieve comprehensive and lasting national reconciliation, stability and development.

Al-Othaimeen noted that the decisions and resolutions of the OIC Summit and the Council of Foreign Ministers call on OIC countries to support the Afghan-led and Afghan-owned inclusive peace and reconciliation process to reach a political solution and to ensure that the process is backed by regional actors and supported by the international community, in order to achieve long-term peace and stability in Afghanistan and beyond.

In particular, the OIC chief referred to the International Ulema Conference of Muslim Scholars on Security and Peace in Afghanistan held in July 2018 in Makkah. He said the conference emphasized the importance of embracing dialogue, reconciliation, and tolerance approach in accordance with the dictates of Islam in order to fulfill the aspirations of the Afghan people for security and stability.

The Secretary General also urged Afghanistan’s international partners to support the country in this critical juncture.