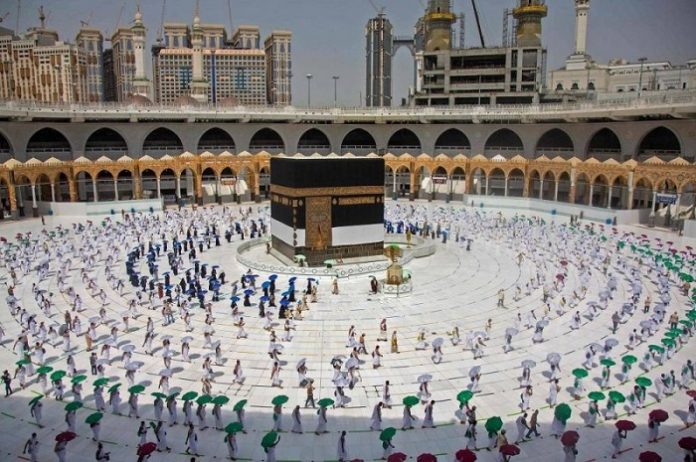 Jeddah (UNA-OIC) – The General Secretariat of the Organization of Islamic Cooperation (OIC) has welcomed the measures announced on Saturday by Saudi Arabia’s Ministry of Hajj and Umrah relating to the performance of the 1442 AH/2021 pilgrimage.

According to the Ministry’s decision, the performance of the Hajj rituals will be limited to citizens and residents inside the Kingdom, under specific health measures, due to the ongoing COVID-19 pandemic and the emergence of new virus mutations.

He added that the decision comes as a continuation of the successful organization of last year’s Hajj, under precautionary and preventive measures taken by Saudi Arabia, the OIC host country, since the outbreak of COVID-19, which effectively contributed to reducing the adverse effects of the pandemic and preventing its further spread.

The Secretary-General also praised the announced measures for performing Hajj and limiting the pilgrimage to specific groups, noting that Saudi Arabia has provided vaccines for all without exception.

The OIC chief further commended the Kingdom’s utmost care for the pilgrims’ health and safety. He stressed that this has been the approach of the Saudi government since Allah honored it with serving the Two Holy Mosques, citing the massive expansions of the holy sites and the outstanding Saudi capabilities to organize Hajj in the most severe conditions.

Al-Othaimeen indicated that Saudi Arabia performs its responsibilities towards organizing Hajj in a manner that preserves life, which is one of the five necessities enshrined in Islamic Sharia. Consequently, it is imperative that strict decisions and procedures be taken by the Kingdom, ​based on the current health data and the well-established Fiqh (Islamic jurisprudence) rules.

Such decisions are in line with the legal licenses that Allah Almighty has legislated for His worshipers when it is difficult to perform acts of worship or rituals, he added.