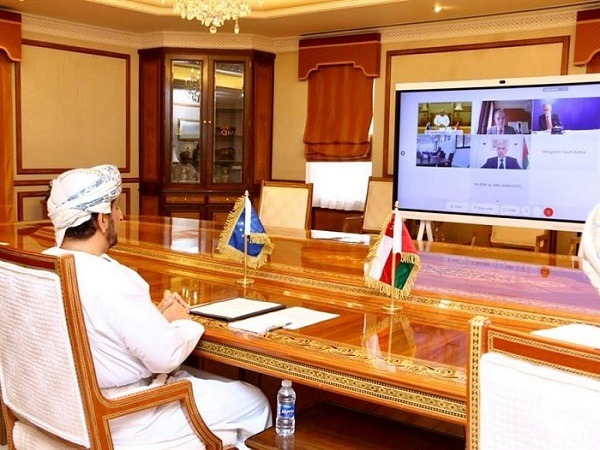 The Omani side was chaired in the session by Undersecretary of the Foreign Ministry for Diplomatic Affairs Sheikh Khalifa Ali al-Harthy, while the European side was chaired by EEAS Deputy Secretary-General Enrique Mora.

The two parties reviewed the relations between the Sultanate and the EU as well as means of promoting them in various fields to serve both sides’ joint interests. They also exchanged views on regional and international issues of common concern and the latest regional developments.

Omani Ambassador to Belgium and the EU Najim Sulaiman al-Abri, EU Ambassador to the Sultanate Patrick Simonnet, and some officials from both sides took part in the virtual session.