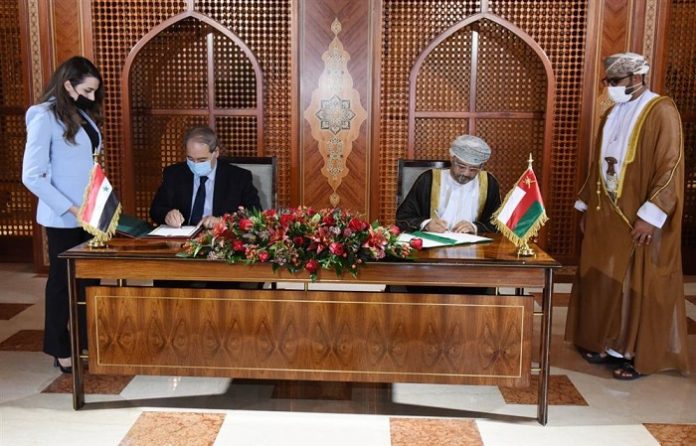 Muscat (UNA-OIC) – The Sultanate of Oman and the Syrian Arab Republic held a round of official talks at the Foreign Ministry here on Sunday.

The Omani side was headed by Foreign Minister Sayyid Badr Hamad al-Busaidi, while the Syrian delegation was led by Minister of Foreign Affairs and Expatriates Dr. Faisal Mekdad.

During the session of consultations, the two sides reviewed bilateral relations and expressed their common keenness to promote cooperation in various spheres.

An agreement for mutual waiving of visas for holders of diplomatic, special and service passports between the Sultanate and Syria was signed by the two foreign ministers.