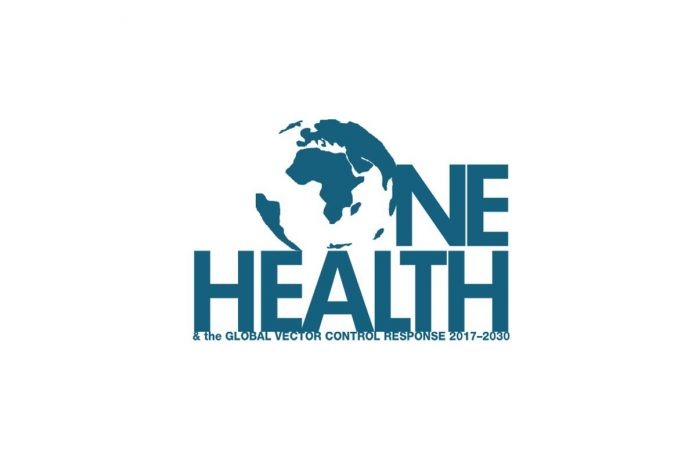 Many neglected tropical diseases (NTDs) result from diverse types of interactions and often complex cycles of transmission between humans and animals, both vertebrates and invertebrates, and changing social and environmental conditions.

Ending the neglect to attain the Sustainable Development Goals: a road map for neglected tropical diseases 2021–2030 was endorsed by the Seventy-third World Health Assembly last week. The road map supports a cross-sectoral strategy that
encompasses One Health and the measures articulated in the Global Vector Control Response (GVCR) 2017–2030.

The World Health Organization (WHO) webinar on One Health and GVCR (18 November) focused on integration of neglected zoonotic diseases, vector‐borne diseases and snakebite envenoming and how to address common determinants and maximize cross-cutting initiatives.

Panel one – One Health

Keith Sumption, Chief Veterinary Officer, Food and Agriculture Organization of the United Nations (FAO), spoke of the current programmatic approach and the tools available to guide national agencies in the veterinary, human health and environmental sectors
since 15 years ago. Cross-sectoral collaboration has brought people together. He referred to the work required of the tripartite collaboration (FAO–OIE–WHO) to advocate the One Health approach globally.

Mathew Stone, Managing Director, World Organisation for Animal Health (OIE), said transmission of zoonotic diseases to humans demands a thorough understanding of science backed by strong evidence and collaboration among agencies globally, as reflected
in the model and work of the tripartite collaboration, whose relevance is evident in many areas of work including avian influenzas and rabies.

Anand Kumar, Managing Director, Indian Immunologicals Limited, referred to the contribution of the pharmaceutical industry in supporting the global One Health initiative, adding that much more can be done. He spoke of the low cost of vaccine production
in India, particularly human pentavalent vaccines (which can tackle five diseases simultaneously), supplied at a cost as low as US$ 0.25 per unit.

Edmundo Larrieu, Professor at the Universidad Nacional de Rio Negro (Argentina), spoke of the need for political and public visibility to achieve One Health. He said the current challenge is to combine veterinary and public health approaches into common
action.

Wendy Harrison, Chief Executive Officer, SCI Foundation (UK), situated the role and importance of engaging local communities in One Health as essential to fully understanding the shared complexity of environment, animals and humans. It is therefore important
to work collaboratively across sectors to increase levels of awareness and flow of information to tackle the inter-related issues arising from animal farming in communities.

Sanjib Kumar Sharma, B.P. Koirala Institute of Health Sciences (Nepal), explained how bed nets protect people not only from mosquitoes but also contribute to protecting Nepalese populations against snakebites. In many instances, nocturnal snakebites result
from human behaviour and situations in which people who sleep on the floor are at greater risk of being bitten by snakes that venture into houses at night in search of food.

Steve Lindsey, Senior Professor, Durham University (UK), noted how arboviral diseases have increased exponentially while the number of entomologists has decreased, putting at risk global work against vectors. That more people are showing interest in online
courses is a good sign. As of today, around 25 countries have implemented GVCR and many more are planning integration into their national plans. Vector control also implies designing better housing structures and using the lessons learnt from dengue
and chikungunya for better urban planning in the tropics and subtropics.

Emmanuel Chanda, WHO entomologist, explained how guidance and technical support for countries in the African Region to improve their vector control management strategies has resulted in better mobilization of resources and multisectoral collaboration.

Lee Ching, Director, Environment Health Institute (Singapore), spoke of the country’s long experience in controlling dengue and of the innovative Wolbachia project that has been implemented in phases following several risk assessment studies.
She also noted the importance of integrating environmental, housing, water and other sectors, including communities, to benefit cross-sectoral collaboration.

Ashwani Kumar, Director, Vector Control Research Centre (India), noted how India has moved from depending on insecticides to an integrated vector management that relies on a cross-sectoral approach.

Panel three – working with everyone

Daniel Eibach, Senior Policy Adviser for One Health, Federal Ministry for Economic Cooperation and Development (Germany), highlighted that 75% of all newly emerging diseases originate in animals. With increasing world population and climate change and
increasing mobility and human expansion into new habitats the risk of emerging pathogens is likely to increase quickly. Recognizing the importance of this complexity, the German government has set up a new directorate for One Health, which has already
launched several initiatives mainly in Africa.

Lord Alexander Trees, Emeritus Professor, Veterinary Parasitology Cross Bench Member of the House of Lords (UK), has devoted more than 30 years of his professional life to One Health. Communication, collaboration and complementarity are the three keys
to solving real-life problems. He said the UK government remains committed to supporting One Health through many initiatives and spoke of a recent move bringing together various research councils under one umbrella to support public funding of scientific
research. He added that the world now has a new road map: what is needed are vehicles to manage those roads on the map, as well as processes and structures to deliver high levels of cooperation, particularly at local level.

Victoria Goodfellow, Executive Director, Lion’s Head Global Partners (UK), highlighted the financial challenges of NTDs in enabling continuity of programmatic work. She cited the setting up, for example, of a common funding mechanism as a unified
source of funds to enable implementation of programmatic activities and facilitate cross-border collaboration as critical to the success of programmes. For elimination programmes, she mentioned that setting up capital markets where bonds can ensure
long-term financing, as practiced by organizations such as Gavi, the Vaccine Alliance, to reconcile the gap between donor budget and programme implementation.

Mwele Malecela, Director, WHO Department of Control of Neglected Tropical Diseases, thanked everyone for their support and shared her congratulations on the endorsement of the new road map by the World Health Assembly last week. She said achieving the
2030 goals will happen only with collaboration and coordination across sectors, with strong country ownership. She emphasized that real difference will happen only when communities support control and elimination programmes, including cross-sectoral
collaboration, and consider NTDs as a development and a health issue.

The full recording of this webinar is available on YouTube.

The next NTD webinar on 2 December 2020 is about partnership. Registration is open.